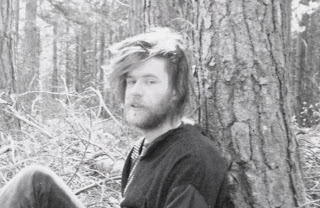 It’s perhaps not that surprising that like so many that have shared his experiences Lurch lives now close to Worcester, Malvern and Hereford. I love this picture of him for though it was taken way before I knew him it has that quality of innocence to it that only in more recent years has come back, albeit with all the grey. I can’t claim to have known many soldiers, my youth was rather more spent protesting and sharing beer with colourful girls in leather jackets. But Lurch was never from what I’ve been able to piece together a very typical soldier – bearing in mind that this photo was taken of him whilst in service and that’s probably about as much as you need to guess where he served. The photo itself by the way was apparently taken on exercise near to Paderborn where under risk of discovery Lurch stood up and challenged the ‘enemy’ only to have them surrender. I’ve been told that having taken thirty prisoners he had to spend nearly a week guarding them, as he is here, rolling up.
I cannot say for sure what happened between this time and the mid 90s when he popped up again and quite the total hippy. He rarely speaks about his time in service, that above I learned from others. Indeed the only times he ever talks about it at all - is to deny it. I’ve been told on several occasions that ‘I never killed no one’, and ‘I weren’t there, man’ but that’s about the extent of it.
I wish he’d stop playing The Doors all the time, mind.
Posted by Alan at Sunday, March 06, 2011
Email ThisBlogThis!Share to TwitterShare to FacebookShare to Pinterest