The Duchess of Pap Street 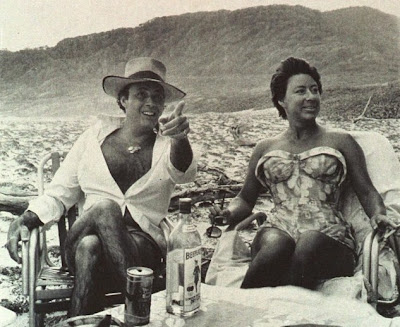 Mme. Roux is going hunting. There’s rarely anything like the sight of an occasional visitor cleaning an elephant gun at the kitchen table to put one off the cornflakes. I’d not heard the news you see. She has and she has it in mind to bag a few Frenchmen. “See how they like the long shots,” she says.
It seems that the Duchess of Cambridge was photographed topless whilst abroad. Not being someone to play up to the paps on the way up and now whining when mission accomplished it’s all a bit seedy for me. Put it this way, if I found some toerag with a big camera lurking near my windows I’d probably have certain opinions on the matter. Oddly it’s because the Duchess seems like a nice girl in a young marriage that it offends Mme. Roux so much. Certainly it’s not because of some rosy image in the Royal line. Mme. Roux knew Prince George Edward back in the 30s during the days of white mischief. A fellow who’d bed anything that could get into it, alleged lover of Noel Coward, and drug fiend - Mme. Roux wouldn’t care if he had been outed. Which he had, but not everyone cares to know.
“Edward VII brought the monarchy back to popularity,” she says, knowing my mind. “Son and heir to Victoria, the Empress was so unpopular in her later years that it took her rogering, illegally gambling, famous friend-to-Parisian-brothels offspring to make things right in the world. Edward VIII shacked up with that blasted Simpson woman, and I can tell you tales of the whips and the mistress there!” she doubtless could too. I’ve heard all about Mountbatten from her in much the same vein. Indeed, the current so-called scandals in more recent years pale to rather ordinary little affairs that elicit outrage only amongst those that don’t care to spend a few minutes on the history of the 20th Century. “And as for Peggy,” she means the Queen’s sister, “well, we had some times.”
So because of this it offends her that where a marriage is young and without scandal in the House there has to be one; that isn’t one at all. She laughed off the recent story of ‘young, single army officer about to go to war caught with a woman in the privacy of a hotel bedroom’ but this, this seems to have been the point that has set her to deerstalker and thrashing stick. “Plunge the hypocrites and rotters,” she says, “but not those yet to be, if at all.”
I can’t say I blame her.
Posted by Alan at Friday, September 14, 2012
Email ThisBlogThis!Share to TwitterShare to FacebookShare to Pinterest