Mitchell And The Pleb 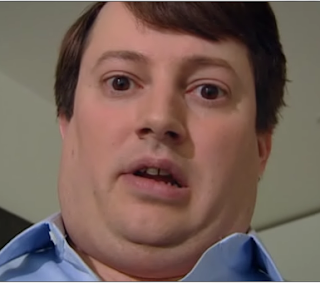 Senator Davidius Mitchell has come under fire in recent days for allegedly referring to one of the Praetorian Guard as a ‘Pleb’. Mitchell more commonly known for his flat dead eyes, scathing wit, and the controversial term he spent as the Legate of the Xth Legion facing down Sextus Pompey is said to be astonished at the outcry of the mob.
Pressed on the issue Mitchell refused to back down, saying ‘Well he is a fucking pleb. He’s not a slave, nor a member of the patrician class. He’s a pleb. That’s what he is. If you’d read history at Cambridge then you’d know that,’ and then to our reporter, ‘Whereas you’re just a cunt.’
Posted by Alan at Monday, September 24, 2012
Email ThisBlogThis!Share to TwitterShare to FacebookShare to Pinterest