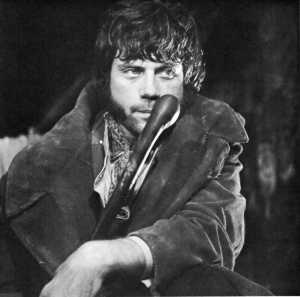 
Of course you know the difficulty of being plunged into the late 19C? Since no one else seems to be offering any help, here at least is what the wretches of the criminal class are really talking about. Learn, ponder, and soon you too will be scowling at people and thrashing your dog Bullseye with the best of ‘em.

Abbess. A madame, the keeper of a brothel
Bearer-up. One who robs whilst the victim is distracted by a female accomplice
Bit Faker. A counterfeiter, specifically of coins.
Bludger, A violent robber.
Broadsman. A professional cheater at cards. Also a sharper, for whom a buttoner would have been a woman aiding in the enticement to such staged games.
Cly Faker. A handkerchief thief.
Dipper. A pickpocket, obviously.
Dollymop. Part time or by-need prostitute.
Dragsman. One who stole the baggage from coaches.
Duffer. A fence, a hawker of cheap, stolen goods.
Fine wirer. A renowned or particularly skilled dip.
Fawney dropper. A short-con man, typically using a cheap ring built up to be more valuable in a variety of common dodges.
Flimp. A bag snatcher.
Gegor. A beggar.
Hector. A pimp, especially a Haymarket Hector about Haymarket and Leicester Square.
Hoist. To steal from stall of shop.
Judy. A prostitute.
Kidsman. One who ran a gang of children thieves, Fagin-style.
Knap. Theft.
Ladybird. A prostitute, again.
Miss Laycock. The tools of a Judy’s trade.
Leg. A sporting cheat.
Lurker. One that posed as a beggar, typically as part of a greater theft or scam.
Macer. A cheat.
Magsman. An inferior macer.
Maltooler. A pick-pocket that worked public transport.
Mobsman. A well-dressed thief or conman.
Mollisher. A criminal’s lady or mistress.
Mug-hunter. Street robber.
Mumper. Beggar.
Mutcher. A thief that stole from drunks.
Neddy. A club or cosh.
Nobbler. A violent criminal.
Palmer. A shoplifter.
Prater. A pretend priest or preacher.
Roller. Typically a prostitute whose further aim was to steal from her patrons.
Screever. Forger.
Snakesman. Young or thin burglar.
Snoozer. A thief that preyed on hotels or hostelries.
Toffer. High class prostitute.
Tooler. A Pickpocket.
Transano. An especially bad, or evil man.
Vamp. To pawn stolen goods.
Posted by Alan at Monday, June 04, 2012
Email ThisBlogThis!Share to TwitterShare to FacebookShare to Pinterest