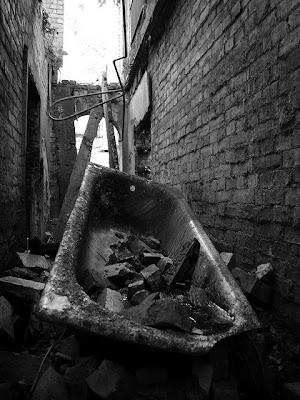 In the news today and the dangers of ‘bath salts’ - which presumably are a street drug (but of which two words frankly I couldn’t nowadays say I know anything of either). I barely know the city of Bath though I lived relatively near for a number of years, only ever spending more than a passing-through moment when my better half decided on a career in ballooning.
It’s arguably the best way to explore, for without maps or compass (but with a very decent hamper) what upstanding Englishwoman in pith helmet and jodhpurs could fail to bring the light of tea and a decent sandwich to the four corners of the globe? Not that globes have corners, but as I’ve already mentioned – no map. So whilst Q’s basket laden down with rhino saddles, combustible pancake and many stout shoes rose into the air from the park I had to engage myself otherwise in Bath.
It was admittedly midweek (few true explorers care to set off to the hubbub of crowd and the gutter press). Also during the holidays, thus seeing the student and slum landlord scuttle respectively for parental washing machine and country seat. Yet nonetheless and with such in mind the city of Bath was dead. I had not seen then, nor at any time since, witnessed such a vanishing of people. Such an absence of life, such a dearth of company – and I you might remember once lived in Cumbria. I walked square and Georgian folly. Through market covered and parade cobbled. There was no one, not a soul. Distantly I recall there was the sound of traffic, albeit fading. It was as if the city having agreed that one of us, Q and I, were to venture to worlds new and eerie then it had mistakenly assumed that such bold exploration was to be by my good self? Alas, I had not even the smallest of mosquito nets upon me. Only a pad, and two pens.
After finding two pubs (shut) I decided against rattling on doors or ringing bells for fear that I would in a whisper be warned away. To not bring upon that house the ‘Mumpers’, those morris men with net and clay pipe set to beat the bounds of Bath and chase to sausages anything scruffy found between the hours of six and nine.
It could happen.
Until by chance I found a pub that was open. Smaller, more wooden, made of smoke and wrecked ships I entered the lopsided door, took a pint and a seat, and scribbled away. I was almost the only person there. Apart from, and importantly, twelve drunken morris men. They served their selves, and I, and muttered amongst themselves.
To me they said not a word. I replied in the same manner. They left an hour after my arrival and I followed a little later, for the pub then deserted still seemed to know a lot more about what was going on than did I.
The mumpers did not appear. They were not in wait. There were no calls, nor the sound of tiny bells.
I was clearly not scruffy enough.
And that was Bath.
Salts or otherwise.
Posted by Alan at Thursday, June 07, 2012
Email ThisBlogThis!Share to TwitterShare to FacebookShare to Pinterest