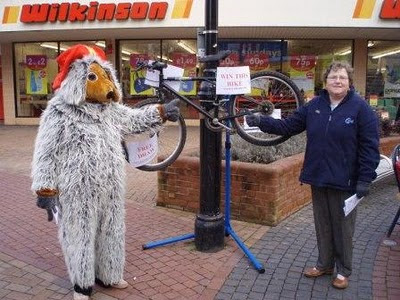 Five quid for a handy round back of the bins


Rollicking through the best seller list, Fifty Bags Of Litter is the latest soaraway success already defended before the inevitable attacks upon it as ‘at least it’s enabling the badly middle aged to read the dusty instructions on that cheap, plastic vibrator they were given as a joke one year by secret santa.’ Originally Womble fanfic, working under the pseudonym E. L. Whisty the secretive author has been left largely bemused, on a park bench, in a mac, worried that he might not actually be quite so funny without Dudley Moore after all.
Fifty Bags Of Litter is the erotic tale of the overly described Wombles no longer confined to Wimbledon Common, but in the case of young, sparky and virginal Chardonnay Womble freeing herself from the oppressive sexuality of the burrow by becoming the sex-muffin of Jarvis Womble, of Soho. Much as The Story of O did for the sale of masks, and the Velvet Underground did for sales of Venus In Furs, the streets of Britain are already looking tidier as furtive women somewhere between mutton and lamb wander heath, park and common picking up litter and putting it in recycling bins. Bubbling and fizzing away to the clink of Panda pop bottle in bank, otherwise deserted supermarket car parks now whisper to such passages as ‘the slurp of wet cardboard on rim’ and ‘his soft paw crinkled to the sound of toffee wrapper and dog egg’.
Fans of this the first in a three part series (already dubbed scrubbers) have been reported screaming faintly at the sight of a kite caught in a tree. One such scrubber spoke to us covertly from the till of the local Tesco, asking as we filled our bags ‘are you underground, or overground’.
I hope you are all set for the summer of Wombling free (love).
And some pretty mediocre bondage.
Posted by Alan at Wednesday, June 20, 2012
Email ThisBlogThis!Share to TwitterShare to FacebookShare to Pinterest