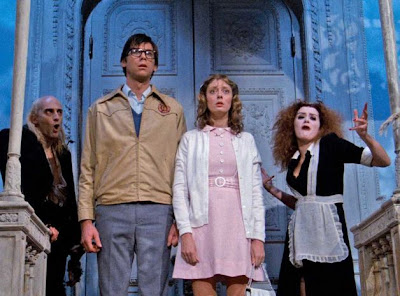 Pictured: Rob, Marc and Yvette, Saz
Mme Roux wants to know where I’ve been. She was leaning against the front door on my return with her nose pressed against the glass like a somewhat annoyed hound. I so rarely go away that she was flummoxed on dropping by to discover I was not in. She’s disappointed to learn that I hadn’t been kidnapped. Not to rescue me you understand, and certainly not to meet with any ransom – rather so as to have the smashing fun (her words) of meting out some jolly revenge (also her words).
‘I have been,’ I try to explain, ‘At a wedding.’
She’s gone a bit confused. This reads rather like the ongoing & The Bomb story, which it isn’t. This is me, not an unnamed narrator set in some divergent past after the myth that always was a limited atomic exchange. I have a name; presently here at least that is mud. ‘When did you go to this wedding? And further, why was I not invited?’
‘Friday. It took us a day to drive there and one to drive back with a bit of time in the middle for the party. And they don’t know you, so you weren’t invited. And you always make a scene because you can’t imagine any gathering where it’s not to do with you.’
‘No,’ she brushes off the necessity of mere reality, ‘When?’
‘Oh,’ I understand now, ‘Mostly the 80s.’ For someone who loathes the decade I do seem to spend a lot of time there. It’s because I met the groom in the 80s, and indeed everyone else I knew there. Actually I met a guy there called Phil who I knew in the 80s but had not actually met until thirty years later, at the wedding, which was the 80s, (you have to keep up and get this sort of thing straight in your head or it all goes a bit wrong).
And a lovely do it was too. I’ve known Marc for the aforementioned thirty odd years now, just not seen him in a few of those. And all the gang were there that could make it; the gang that could make it being the Sundown crew, because it was back in the 80s and so a small amount of travel was needed (and not just on motorways). Marc being one of life’s nice people you feel happy because of his reflected happiness, and so great was that joy it almost blinded. Clearly rapturous (you can tell when Marc is happy because he looks faintly bemused - and I've never seen him look more so) we were all tremendously delighted for him. ‘Although it had a very strange effect on people there,’ I say to Mme Roux.
‘Go on...’
‘Well Simon having adopted a theatrical scarf became very theatrical. People assuming he was in the theatre were people he did not wish to disappoint. One of them insisted we must excuse her because she’s ‘like Sheldon off that Big Bang Theory if you know what I mean’.’
‘I know you love it when people say that, given your eldest daughter is bags-out autistic. You told her that of course, and then she quickly left?’
‘Of course. Jerry (a chap I know you used to approve of until you recalled the guillotine) not only danced to everything but everything else as well. He even high-fived the traditionally buxom bridesmaid who I’d last seen being escorted from the ceremony by the best man Rob. Given she was petite and Rob is actually a seven-foot preying-mantis the effect was striking. And Maurice...’
‘That great wet lump of a pacifist?’
‘If you say so, well Maurice was the only one to get into a fight, albeit with a parking meter.’
‘Who won?’
‘Strictly speaking the parking meter, but it didn’t get to go to a party. Sarah got to say ‘fuck off’ a lot to me (which always cheers her up). Rob having been made to wear full morning dress could scarce leave the mirror alone.’
‘So it was jolly good?’
‘All things are when chums are happy, and Marc perhaps most of all. And I’m sure he’ll make it his life’s work now to ensure the new Mrs Marc will glow with just that, only doubled.’
‘All is well then?’
‘Nothing I’d add here otherwise. There was a slight cock up on the catering front and an urgent need to suddenly put royal icing on a Bob The Builder cake but of these things is life made, and two lives now for the better for it,’ I say.
Posted by Alan at Monday, October 15, 2012
Email ThisBlogThis!Share to TwitterShare to FacebookShare to Pinterest