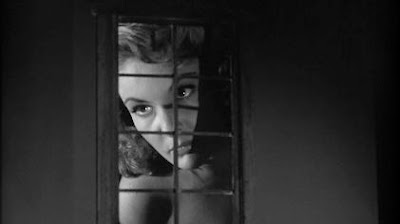 It’s terribly sad when celebrity marriages break up isn’t it?
Not strictly speaking married myself, I’ve never been as committed to a relationship as people whose lives make my own better for their having very nice teeth. I mean to say, two kids and fifteen years later and it’s not really a proper togetherness is it? So I have to find hope in the lives of better people. More successful people, people who admittedly don’t mind standing around an awful lot on a film set. My better half doesn’t share in this. Not now that Johnny Depp had split up with long time girlfriend Tintin - because he’s all sort of probably available after all and when a girl was a goth as a teenager (and let’s be fair here, if anyone is allowed to be a goth it’s teenage girls) then Depp is, if not a god, then at least a bishop. Or a high priest. The sort of high priest that can turn into a snake whilst passively watching gently swaying dancing-girl acolytes. Dancing girl acolytes with crimped purple hair and heavy black eyeliner.
But Thulsa Depp wasn’t married either, so he doesn’t count. And just to make a convenient link then really I’m much more upset with the announcement that very-tall actress Katie Did is seeking sole custody of her daughter Pepsi from lizard-king Tim Smiles. Already the media is salivating over the details of their five year marriage, rubbing their own scaly hands together at the revelations that will come out. Because of course Tim Smiles is notoriously the leading-light in the Church of Hell. Oh, it’s easy to point out the obvious flaw in the name, but the Church does not use the word from the somewhat-somewhere place of flame and Family Fortune but rather because the Church (as you must know) derives from the works of R. J. Zelazny. In his work Damnation Alley the grisly prophet Hell Tanner (a lizard) drove across a stormy America to deliver vaccine from California to other, more wise-cracking lizards. Offered a full pardon the novel is not to be confused with either Escape From New York or Judge Dredd’s first long running story, The Cursed Earth. The Church of Hell forsees a time when the chosen ones will be pretty much the classic anti-hero in a post-apocalyptic wilderness, in a remarkably tight 150 odd pages of giant gilla-lizards and making it with blousy biker girls. Who are also lizards. Of course for that to happen there has to be an apocalypse. And therein lies the bored porn that allows conspiracy theorists to reach for the Windolene ever near to the monitor.
So those of us who worship celebrities that worship Hell Tanner are very sad right now.
And we’re going to blame you, persistently and annoyingly wherever you show yourselves on the internet; because that’s what it’s for. That and sneaky shots of Katie Did getting out of a taxi and flashing her knickers to a prone paparazzi looking up from a drain.
Posted by Alan at Monday, July 02, 2012
Email ThisBlogThis!Share to TwitterShare to FacebookShare to Pinterest