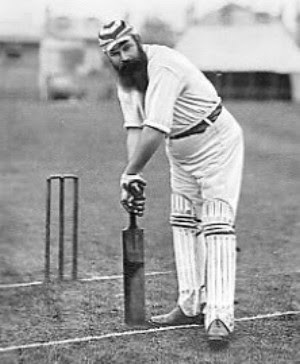 
I have to applaud the MCC today as they announce new rules to be imposed ahead of the next test series. It’s frankly a bit embarrassing to be an England supporter what with all this winning we’re doing in the cricket, no matter who we field. What (with at last count) just short of a thousand bowlers capable of winning matches and just about anyone to bat all day, the years of nodding gamely and showing what a good sport I am by applauding the better team seem all but over.
Cricket is the only sport I even half follow, and admittedly the internationals. I get too distracted when it’s on the radio and generally internationals are all that are shown on the highlights. I like spending the day just plain chilling right the hell down to cricket, I even like the stats and the history. But when they can cram a day into fifty odd minutes it’s actually rather exciting. Or rather, I find it so – and feel free to disagree because I’m not making you watch it.
But of late we’re winning all the time, in every form of the game. And I can’t remember much of a solid winning streak since dim memories as a youth (and that couched in the dust of memory that rarely recalls the bad bits of anything). And England are doing it... rather easily. It’s not right, it’s showing off, it’s not... it’s not cricket damn it!
Now of course I’m happy. It’s jolly nice to see the team win, please don’t get me wrong. But it’s not even close. Even in the short form of the game it feels like we’re not taking quite every wicket out of a sense of fair play whilst in return our batsmen go out and gamely knock up the runs whilst taking turns to be the one, possibly two men out. I feel like I ought to say sorry to someone because other teams come such a long way to play. It feels cruel that Strauss, Cook or Broad (because we of course have plenty of capable captains too) just saunter out there and taking hold of the other teams wrist slap them about the chops saying ‘why are you hitting yourself, why are you hitting yourself’. I’m not convinced the England team needs the other team’s dinner money, but Australia had to pay by cheque.
So new rules are coming into play. For the next six months every England team has to include at least three mythical characters and, in time for the Olympics, W. G. Grace with his yard wide bat. We have to bowl ten overs a day underhand, and the one-bounce one-catch rule is being brought in for the benefit of the visitors. Oh, and England have to bowl with a tennis ball.
And England will still win. Sort of squirming, and apologising, and being a bit ashamed about stealing their rival’s trousers (so they’ll have to play in their pants).
Posted by Alan at Thursday, July 19, 2012
Email ThisBlogThis!Share to TwitterShare to FacebookShare to Pinterest