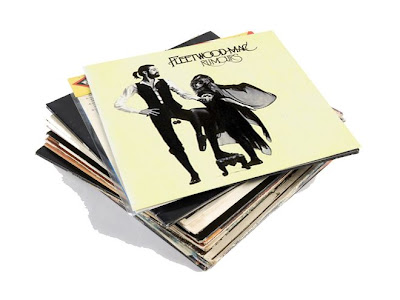 Clutches of tiny Tildas the size of a disappointing gift are whispering in the trees. The susurration loses the words. Reminders, fragments of heartbreak, petty lies and the small cruelties of youth. The scratched record of stolen songs and ill-chosen words that together and competing is less eerie than it is just another layer to the breeze. It has been a fine day, a gentle day, not too warm, spring and soon gone as I never forgot each year that the pleasant malaise of this brief season will vanish in rain and cheap whitewash again until June. But tomorrow, tomorrow, for today was a rare and lovely thing. In a shared string vest and stolen wellington boots the Will Selfs said nothing to one another as each armed with fly-swat and tins of Norseman lager for ammunition shooed away Tracey Emin - when she could be bothered to bother them, which was rarely. She’s there now basking in the evening, losing an unwanted tan to a cloudy evening. Terry Thomas is eating ice-cream, not his.
We’re listening to Rumours.
Not the Pistols, the Clash, Culture Shock, or Poppies. It’s not that sort of day. The album so full of break up and loss conspires as ever to be summer. We’re all hippies today, because it’s too nice to be anything else. I worked on the typewriter I’ve had since I was thirteen. The pages handed to the internet when Paul called by, and this too, so if you can’t read this you won’t know anyway will you?
I’m not one for summer. Not for hay fever and unpleasant heat in the open, but in the woods and on a ramble, on a walk in good baggy shorts and a suitable hat I’m the very feller. It’s a truism that it was always summer when you were young, and still for me well into my twenties. Who remembers the rain of Brixton when instead there was cider in the park? Free festivals and friends, no one wearing very much, the best sort of party, friends and new friends, music and laughter. And through the magic of the Walkman the cricket scores too, on the sly.
And Rumours.
Everyone loves Rumours. Everyone worth talking to about music in any case, summer and still though the music is sad it’s wistful, but importantly not about now, but about sadder memories that only make the present better. Long looks, a smile returned, being one of the beautiful people. I was young and I’m not jealous of youth now, because when I was young I really was. I had fun, and frolics, and things were important as they had to be – apart from the future, which was not even tomorrow. Because you’re never twenty-three again, that summer is once. And it was great, and many more like it. I’ve been lucky in love all my life, so Rumours is not about me. But it’s summer in the park, and later the pub, and another party, and the music is great.
I don’t regret a thing and I begrudge anything less.
Rumours, and a smile returned. Love in the sun. It’ll rain tomorrow but let tomorrow take care of itself.
Posted by Alan at Tuesday, March 20, 2012
Email ThisBlogThis!Share to TwitterShare to FacebookShare to Pinterest