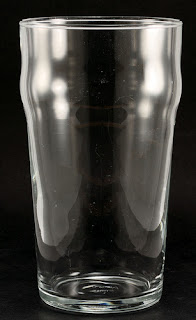 My best mate died last week.
I’ve just been to the funeral and I’m sitting here in my hotel room where the wake is getting going below, and it’s shit. We knew it was coming but we didn’t know, our certainty was all talk and a talk we’ve been having for five years now. I don’t even know what eventually kicked him off. He was overweight and every time I saw him every few months worse still. Three or so years ago he had a scare, blood clots in the leg and perhaps worse but he told us around another fag and drank another sixteen cans of lager, or a box of wine and whilst he didn’t laugh it off he certainly pretended it wasn’t there. Around us at least. I think it kept him company when he was alone, but he had no will power and had this thing where ‘no one told him what to do’. That makes him sound like some feeble oaf, and he wasn’t. He was kind, and he was gentle – and he was funny. And there were a lot of people at the funeral all of whom went to the pub with him, like me not really thinking that he’d be at it like that all the time so that over the last two years especially he was forever elsewhere.
He got addled some time ago. Forgetful, you’d have to say things to him a few times.
Once a year he’d swear off everything. He would lose weight, cut out the booze, get off the fags. And he never did.  I’m smoking now. Funnily enough I smoked around him (which can’t have helped) and then back with my family I’d knock it on the head for another month or three. The good die young and he was fifty, I think, but it wasn’t an accident, he did it to himself – I know that, but I feel guilty. Rationally I’ve no reason to. A few years back he asked me to phone him each night to check he wasn’t drinking. I soon stopped that because firstly he was a compos drunk, I wouldn’t know half the time – and the other half, I worried he’d just lie to me. And I didn’t need him to lie to me.
He was fucked up at times. He hadn’t had a girlfriend since the last century, he was engaged, and they broke up, and that hit him hard. Even when mates would set him up with someone else, even when he met a girl at a party and she asked after him he would hide. He couldn’t see why anyone would like him like that, when clearly they did. It was his weight, he loathed himself so didn’t understand why anyone else would think otherwise.
We go way back. We met in the bar of the Horticultural Halls near Victoria in the 80s. We hit it off right away. We were good friends very quickly. We shared a few flats, when I was right down on my luck I crashed on his sofa for a year. Later and he let me and Q stay when we were having our first in his big old house and we were saving. He was like that.
I can hear the first cheers below, toasting good-old-him. But I’m not there yet, and a couple like me too. We’re getting our shit together first so we don’t shout, or rant, or spoil the occasion.
We were mates, we were partners, buddies. We were a double-act. He was funny, though he lost that recently. We’d finish each other’s piss-takes, we were the naughty corner.
He hated suicide. He hated it when people made that choice. He never understood it and there we divided somewhat, talked about it sometimes after a few beers. He couldn’t understand why they just didn’t go to him. But he did it too, just slower and without facing it and now he’s dead, and it was painful, and sudden and I don‘t even want to go into who told me, and me having to post the news. Two of us did that, we had much the same relationship with him, and now he’s dead.
This group of friends we were a part of isn’t the same now. It won’t be the same again. There’ll always be this big fucking empty space. I’d like to say I half think he’s going to be down there in a minute. That I’ll get down there and he’ll be there, large as the proverbial life, pint glass raised, all in slimming black and laughing with that fleeting look in his eyes that now I’ll always remember as looking out for the robed feller with the big sickle.
It’s not fucking right, and I couldn’t do anything then, less now.
We were meant to grow old. And he, me and the lanky one would fall down hills in bathtubs and I’d chase Nora Batty.
Because he’s dead, the stupid fuck, and later tonight there’ll be a half-dozen of us left, or out in the carpark, or away, or something and I know we’ll say nothing. And we’ll never say much to each other again because anything we say, we’d be thinking of him.
I love him, and I miss him, and I want to shout at him. But I can’t.
So that’s that.
Posted by Alan at Saturday, February 25, 2012
Email ThisBlogThis!Share to TwitterShare to FacebookShare to Pinterest