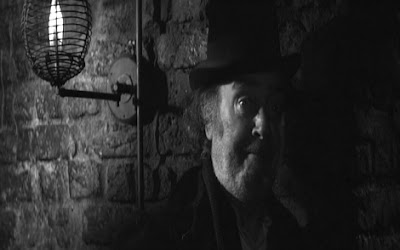 Lord Woolten Pie, 1971
“When I reached your rooms, which were at the top of the stair, I paused and looked back at the commons, just coming into full view below me through the grey mist of an early morning,” said Henry Lord Rockingham. He did not test the cord that had been used to tie both hands to the chair. He faced the door. By the shadows of the small room a dressing gown seemed to lean against it, a misshapen figure.
“I understand you, sir.”
“Do you? I wonder.”
Ludovic took a book from near the curtained window. The only light in the room came from an insufficient bulb, the fringes of whose lampshade made lines on the room’s single rug, something old that in places showed the weave. He had to tilt the lamp to show the book to his captive, Brideshead Revisited, of course.
“Ah,” said Henry. He had received the same through the post not a week before, mislabelled to another but to the address delivered, in Hampstead. When he had heard that in Oxford Lord Sebastian Flyte had been seen the synchronicity of it had peaked his interest. He had come himself. He had learned an address. He had climbed as he had said, a stair.  “I rather wanted to meet the fellow.”
“There’s never been a film, sir. I checked.”
“No, no I dare say you’re right. How did you know that Waugh would peak me?”
“Need we go into that, sir?”
“I’d be awfully grateful.”
“I’m Ludovic. Formerly Corporal Major. You like Waugh, sir, you tell me.”
Sword of Honour, Henry recalled. And that they had made a film of. The strange little man that Waugh’s literary stand-in Crouchback had met in Egypt. Who deserted him, then saved him, but not without the murder of Major Fido and a sapper officer whose name eluded Henry for the moment. Here in the form of Freddie Jones, character actor. Henry wondered what would happen if they met? He had never considered that before. “How did you know about me?”
“I’ve been very forthright with you. sir. I ‘d like to think you appreciate that. You’re a gentleman and I’ve always thought that war should be fought by such people. But all proper gentlemen are now very old. Allow me a little mystery. You’re not that well hidden. Not really. But I’m  not stupid, sir. I hope you allow that much? I know I’m not right. I always kept my diary. I always was a bit of a reader. I was on the little picture house, and by it was the book. I had a bit of a read. I met someone else like me a bit later, but he was daft. Confused, still in the story. Not me, sir. I saw him picked up, so I followed your dandies. So who’s Aunt Minerva, if you’d be so kind?”
Henry allowed himself a small smile. He learned more tied up than he ever did otherwise. Ludovic had already said what he had claimed he wouldn’t. Or close enough for Henry to guess what remained, “If you untie me...”
“...No, sir. You’re going to tell me everything. And don’t try and lie, and say you’ll look after me, or use me, or any of that. You tell me what I want to know, like a proper gentleman, and I’ll leave you here. You don’t and you know me, sir. You know me as well as I know myself. You know what I’m capable of. Spit it out, sir.”
So Henry spat.
And Ludovic who was a dago-type listened and made his notes. And Henry knew that Ludovic was going to be troublesome, something new. But troublesome tomorrow might not mean troublesome today. So Henry Lord Rockingham told the dago-type what he wanted to know. Or certainly what he needed to hear (which was not perhaps quite the same thing).
Posted by Alan at Monday, February 13, 2012
Email ThisBlogThis!Share to TwitterShare to FacebookShare to Pinterest