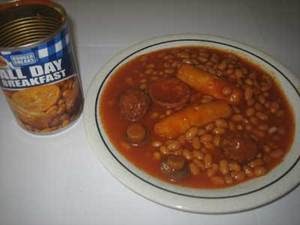 After 18 months the six-man crew of the practise run to Mars have emerged to see their first sunlight in all that time, albeit in Moscow. The experiment to see what happens when grown men are kept in a sealed environment ended with the curved floors of the replica space capsule six inches deep in garage-porn and empty tins of all-day breakfast. The mission has already been awarded the Guinness World Record for the largest single concentrated fart. Scientists still examining the results of the 520 day mission are already speculating more positively on the possibility that in the near future a genuine mission might be undertaken to send a crew to Mars, to stand around a bit, and then return.
The European Space Agency the lesser partner in the enterprise, Britain’s contribution was unveiled yesterday when by lot two of the volunteers were chosen to be melted by heat ray, one was trapped by the red weed and the remainder were swept away to live underground with David Essex. Richard Burton narrated.
Endemol are suing over similarities to the format of their groupthink television show, Big Brother. Doubleplus-ungood.
Posted by Alan at Saturday, November 05, 2011
Email ThisBlogThis!Share to TwitterShare to FacebookShare to Pinterest