Call Centres, Fingermouse, and the SOE 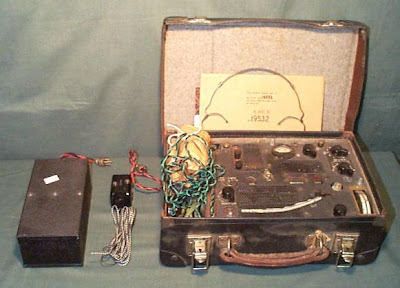 Since even here in Tolly Maw I get phoned four times a day to be sold something (especially and oddly, legal advice) there must be money in it. According to no research whatsoever but by shouting out the window I learn that that call centres are a multi-bazillion-mazillion pound business. That’s so much I had to make the numbers up, literally.
I don’t mind the creepy ones so much, you know: ‘Hi can I speak to Mr Roux please?’
‘Who’s this?’
‘Hi Mr Roux, I’ve got your son held hostage by tigers. If you don’t pay up these tigers will eat your son. With beans they will have him. Yum yum, Mr Roux. Tigers.’
‘There’s no Mr Roux here. I lied. It just says Mme Roux on the bill.’
‘Can I speak to Mimi Roux please? We have her son. Also, tigers. Hungry tigers tell her.’
‘Mme is just how you write ‘madame’ you fool. She also has no son.’
They’re just fishing. It’s annoying but not so much as the ones that ring me to tell that my front door has Dutch elm disease. If I can just unlock it for them, they’ll be right over. I was just wondering why they bother phoning me when with modern visa cards and spending habits, phone surveys and lists they must know that I don’t spend any money at all, on anything, ever. There’s just nothing much for me to buy, not as they would see it, and yet there’s someone telling me that I’ve almost certainly been overcharged on a loan agreement I must have made. I am (it’s worth pointing out) the only person in Britain never to have taken out a loan. Never had a credit card. It drives my bank half apricot, what with just being in credit and all that.
None of which compares to the ear-bashing I got when I lived in Cumbria from a young chap that thought I was taking the piss, when I said I did not have a mobile phone. After all, why would I want Gareth Hunts like him phoning me up when I’m out (therefore busy) to talk about a phone on which he’s phoning me?
I don’t like to rant here. I’ve tried hard not to and for months now. But my phone is at best an effort what with it being a suitcase pack from SOE still stamped 1943, and to answer it I have to work out the length of the aerial each and every time. I used to have the solution. I used to answer the phone, always, as a mouse. Some of you reading this might well remember. I would speak in a mousy voice and whenever they tried to sell me anything I would tell them that no, because I’m a mouse. And it was great fun. I actually looked forward to answering the phone, although they’ve clearly sussed me now and use recorded messages. I’d still speak like a mouse now only nowadays and if two thirds of my calls are junk lines, then what is left will be the school, or Q’s work or worst of all the hospital psychiatric unit who with my eldest Catnip undergoing such long diagnosis might be able to make a few jumps if Mr Morgan thinks he is Fingermouse.
I kind of miss all that heavy breathing we got in the 70s.
Apparently.
Posted by Alan at Thursday, November 17, 2011
Email ThisBlogThis!Share to TwitterShare to FacebookShare to Pinterest