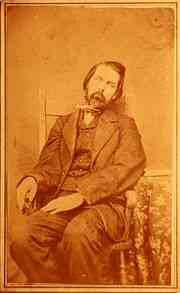 JONAH, 19,  sits on a tidy bed.  On the walls are pavement artists portraits of him.  Old photographs are stuck to a cracked mirror showing JONAH in the uniform of the Great War, JONAH on the arm of a girl in summer dress,  JONAH and three others lined up smartly at attention. None more recent.
There are cardboard boxes littering the floor holding worthless treasures,  rubbish and the detritus of old age (in the manner of Mr. Rebus from TV’s Life of Grime).  On the floor are dozens of humane mousetraps.
JONAH,  despite the room,  looks to be one of the homeless.
JONAH
It’s the films I hate.  Books
too.  Not that I’m much of a
reader.  They’re not true.
INTERVIEWER (o/s)
What isn’t true,  Jonah?
JONAH
This.  All of this.  I’m one
hundred and seven years old.
I fought for King and Country.
I died for King and Country.
They gave me a medal –
(beat)
But they won’t give me a
pension.
3                    EXT.  PARK BENCH  -  NIGHT
JONAH is feeding the birds and many sit on his shoulders and lap.  VIVIENNE,  in her twenties but dressed like a woman three times that age holds open a wet paper bag for him. VIVENNE’S make up is badly applied and her fringe is uneven.
JONAH
I don’t tell anyone about my
condition.
VIVIENNE
Well you can’t can you?
JONAH
Not nowadays.  The only one’s
that want to know are kids.  Boys
that dress like girls.  Girls that
dress like whores.
VIVIENNE
In rubber.  Lace and rubber.  In my
day if a girl had dressed like that
she’d have been treated no better
than she ought.
JONAH
One of us, Mr. Price, he thinks
society went to pot after the war
JONAH takes hold of the nearest pigeon and gives it a shake.  It does not resist  JONAH and VIVIENNE gather up the birds one by one and put them in a supermarket carrier bag whilst they speak.
VIVIENNE
Admittedly,  he’s talking about
the Napoleonic war.
VIVENNE holds up the wet paper bag. With her other hand she digs about amongst the pigeons, taking one and shaking it at the camera.
VIVENNE
Gin in the birdseed.
JONAH
We have to drink, don’t we?  Pigeon’s
Not bad.  Better than rat.  Black
pudding ain’t going to do us no good
now is it? Foreigners may eat cat or
dog,  but not us.
VIVIENNE
Not us.
INTERVIEWER (o/s)
In popular media you’re portrayed
as killers?
JONAH sneers.  VIVIENNE crosses her arms and raises her chin somewhat imperiously.  JONAH makes to take a bite from the pigeon in his hand but VIVENNE nudges him with an elbow.
JONAH
I said as I didn’t like them books.
Films too.  We ain’t serial killers.
You killed anyone,  son?
INTERVIEWER (o/s)
Well…  no.  Of course not.
VIVIENNE
There you are then. Bigotry.  Nor me.
Jonah here only killed in the trenches.
They gave him a medal.
JONAH
They gave me a medal.
Posthumous.  And crosses?
Viv here goes to Church regular.
Does a lot of charity work.
VIVIENNE
‘Outreach’ they call it now.  It
was the soup kitchen in my day.
I go to Church twice Sunday.
C of E of course.  Proper Church.
None of that Papist idolatry.
INTERVIEWER (o/s)
So do you miss anything from…
your former days?
She SIGHS and touches a tentative hand to her hair.
VIVIENNE
(QUIETLY) My reflection.
JONAH
You should let me do your
make up for you, girl.
JONAH pats VIVIENNE’S hand. She turns away shaking her head sadly.

Blue lit,  racks of porn everywhere.  JONAH is looking shifty.  MR. PRICE,  late teens but dapperly dressed in well-to-do pensioner chic  (neat,  tidy in every way).
MR. PRICE
Disgraceful!
JONAH
Mr. Price doesn’t approve.
MR. PRICE
If I had my way I’d have every
pervert in our proud nation hung,
drawn and quartered.
MR. PRICE holds up a magazine.
MR. PRICE
Look at this!  When I unpacked
the delivery this evening I nearly
dropped my price gun.  It gets worse
every week.  I remember when Soho
was a hunting park.  It was the call
you know – ‘Soho’ they’d halloo.
MR. PRICE smiles in happy memory.
JONAH
Those were the days eh,  Mr.
Price?
MR. PRICE
Those were the days indeed,  young
Jonah.  I’m proud to say that I’ve not
had a stiffy since Waterloo.
INTERVIEWER (o/s)
You take the train a lot?
MR. PRICE
The battle…
JONAH
We,  ah,  don’t you see.  Do it you
understand?
INTERVIEWER (o/s)
Take the train?
JONAH
No,  the other.  No drive.  No…
JONAH seizes the nearest DVD and waves it at the camera. There is an awkward PAUSE.
INTERVIEWER (o/s)
(CLEARING THROAT)  Erection?
Oh,  yes.  Quite.  I suppose that
You don’t have the blood to spare?
JONAH looks embarrassed. He COUGHS.
JONAH
And we can’t buy or sell
anything either  –  credit’s bad
for the dead.  Mr. Price is
sort of stuck with the land here.
MR. PRICE
Only thing I can sell now is…
filth.  I would end it all in a moment.
Only…

JONAH
…we can’t.  Die you see?  Stakes
hurt and sunlight burns.  Pain
we still get.  So we muddle through.
We muddle through.  We got no
rights.  Ain’t voters,  see?
JONAH pats the top of a gravestone before kicking it viciously. He pauses, looks about himself sheepishly then returns to the attack with more vigour. The kicks grow more violent until JONAH uses his fist. The punch cracks his knuckles painfully and he sucks them, scowling.
JONAH
You lucky bastard!
6 -        CLOSE UP OF PHOTOGRAPH
JONAH,  VIVIENNE and MR. PRICE are all shying away from the still,  not looking directly at the lens.  All three hold up both hands in a ‘V for Victory’ symbol.
Just some of the wackiness we love to give the dead, Rob and I. Ideas not all mine by a long chalk as it's just some of the mockery Mr. Nott and I have been batting about over these long years.

Posted by Alan at Saturday, September 10, 2011
Email ThisBlogThis!Share to TwitterShare to FacebookShare to Pinterest