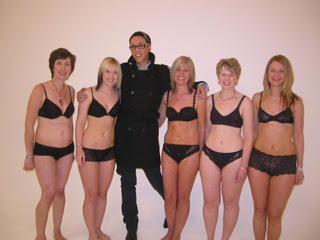 Spun off from successful girls tele How To Look Good Naked, Bangers & M*A*S*H is the new crime drama set to take the ratings  - and you - by storm, girlfriend! Gok Wan reprises his role as Gok Wan (half-Romulan fashonista) last seen in How To Look Good Naked, H2LGN. Whereas in that show Gok showed middle-aged women that they're middle-aged women, and further are middle-aged women-shaped now having empowered them, he sets them against crime. Bangers & M*A*S*H is set during the filming of a consecutive episode of H2LGN and whilst the subject (invariably a middle-aged woman that is unhappy to not be Kate Moss) is empowered by Gok to show off a frankly normal fat arse, here it is also to kick butt and fight the weekly monster. Drawing on Whedon’s Doll House, Anderson’s Joe 90, and Cruise’s Mission Impossible, the week’s now fabulous middle-aged woman is freed from her secret self-comparison with the Croydon-waif, by being taken to Croydon. I mean, ugh.
Teaming up with Gok (here set to portray Gok Wan) is the medical-examiner-cum-forensic-scientist Hawkeye Pierce (Alan Alda). In a case of what came next for the clowning MD after his experiences with a laughter track in the Korean war, Hawkeye and Gok solve crime through a combination of made-up technology and high street fashion. The villain tracked down they will invariably send in one of the empowered middle-aged women – the ‘Bangers’ to use whatever specialist skill set has been programmed into them, in big knickers. Usually chip-pale ninja or special-forces mum.
Bangers & M*A*S*H, because bloody hell and no one thought to tell me Spooks started again last Sunday? 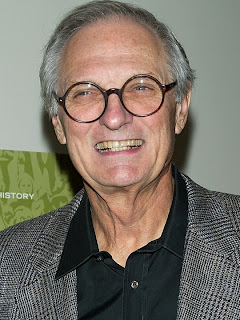 Posted by Alan at Wednesday, September 21, 2011
Email ThisBlogThis!Share to TwitterShare to FacebookShare to Pinterest