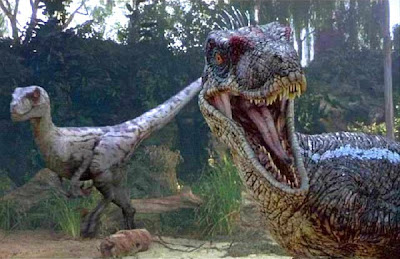 They would so insist on screaming, it rather stained the moment she thought. The Marquesa thought in future she would have the hunters gagged. Or at least castrated and trained to protest any injury as sweetly as those that serenaded her frequent conquests in the bedchamber. The Marquesa was a magnificent lover but did so abhor company. She voiced the suggestion to Parallarap, who as her formal Palindrome attended to her every word (and who exercised it most often without her speaking so much as a syllable).
He said, “I fear Marquesa that few picaroons would accept your kind and beneficent offer in order to hunt these lordly forests. They are, as a breed, much attached to their genitals.”
Finding her wishes unlikely, she forgot them instantly. She had been the Marquesa for nearly two hundred years now and consummate to that position was rewarded daily with the waters that maintained her youth - her mind especially. She was a spoiled, vain, and petulant woman having excelled as a girl the highest expectations of her tutors in all three. She had won prizes for the first two and a very fine medallion for the last, conceived (and presented) in all cases by and to herself. “I hope they do not hurt my pets,” she said.
Parallarap made a small gesture, “The picaroons have been brought here to hunt them, Marquesa?”
“They have been brought to a hunt, si,” she agreed. She tapped a finger upon her chin. From their perch they could see much of what occurred, reflected on mirrors so that where an inconvenient tree barred the hunt the stalking and sudden fighting could be seen cast upon a panel elsewhere. She did so love Broceliande with its great trunks and canopy, its bushes neat and orderly. At still absolutely not quite two hundred years old her memory was not what it was. And there was little room in it for anything other than herself. Nonetheless she did recall that all the flora here had been grown and nurtured from examples discovered in one of the many wrecks that provided so well for the Marquesa and her hated peers (who were also her closest friends). Like so much of anything of age that actually worked now it was the French that had grown the forest, forcing back the horrid vines and blooms that still crowded hot and jumbled across the rest of the island. It had doubtless been they that had named it. But it had been the Marquesa that had improved it. Even now she ignored the gardeners and landscapists that worked despite the hunt to ensure that Borceliande was a proper, nice sort of forest. In one set of mirrors she spied two picaroons attempting to fire at one of her pets with their wands. She giggled, “Silly boys.”
A picaroon had the absolute right, indeed the necessity if one was to enjoy that status, to maintain wand and bodkin. The wands each unique and that fired by means of gas compression a dart or pellet to convey a toxin quite as harmful as any arrow. At least that was, to people. Stood on the lower deck of their platform her own protectors bore similar arms though of more uniform appearance and some of which, she suspected, carried a venom that would instead drop one of her pets should it be so naughty as jump up at her. In the mirror she imagined she could see where even had the pellet penetrated the hide of her pet it would leave hardly a scar. Elsewhere she saw how three picaroons, quite against type, had banded together to fight one of her pets, their bodkin blades outward but still held as if to compete with a man. Such bodkins and wands doubtless robbed the picaroons of every wooden cog they earned. There would be purse of which for each that lasted the hour here today.
Metal was terribly rare in Parquet. It only came with the wrecks and the tides. A picaroon with more than wand and bodkin would wear theirs proudly as buckle or broach, if at all. Bone and glass made up buttons, spoons and hooks amongst the common dregs of Parquet, she had heard. The Marquesa thinking this adjusted the butter-supple copper of her toga and admired the sheen of her delicate brass, steel and silver shoes. She had many shoes.
Bells rang. The ring of glass and the single deep chime of iron. From below her perch servants dashed out and into the trees. In the mirrors the Marquesa watched as funnels forward they pumped spurts the yellow dust that drove back her pets, stinging them and announcing at the same time that their supper was ready in the kennels. She smiled at her pets as they jumped away, their flanks striped and in places feathered. Their snouted heads and their bright, quick eyes, most hearing the bells had already danced away before the powder came and to be first to their treats.
“I am already bored,” she said to her Palindrome.
“There is a great deal of duty arrayed before you, Marquesa,” said Parallarap with only a little hope.
“I am sure that is for tomorrow?”
“You are of course entirely correct, Marquesa. Today I find instead to be the one day anniversary of the festival of new shoes,” he said.
The Marquesa clapped her hands together, “Excelente!”
Posted by Alan at Wednesday, December 19, 2012
Email ThisBlogThis!Share to TwitterShare to FacebookShare to Pinterest