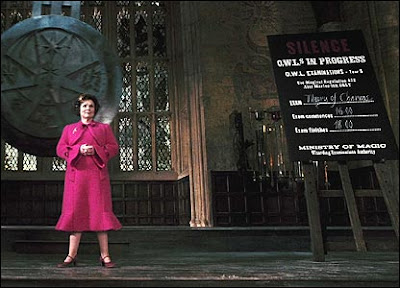 The recent outrage seen to be outrageous by people that have read the word outrage has been explained today in a fit of stark innocence by Education Poobah Sir Charles Niceschool.
News that the goalposts have been moved in exams such as English and Mathematics - such that a mark in January gave a better grade than one in June - has been taken as evidence of the impact of the recent Olympics in schools nationwide. The use of goalposts aside the reason has been made clear by Sir Charles who has reasonably pointed out that in the six months between numbers have gotten longer and new words have been coined. ‘There’s just that much more of both,’ the Education Poobah said this teatime, ‘and so the percentage correct of either, whilst the answers are the same, has quantativally dropped.’
Children already long made to do course work (rather than under the previous GCE system where students were forced to piss about and then cram a bit the night before) have been marked down for not spelling the word ‘outrage’ correctly, or as in this piece, too often. Marks applied to the use of spelling and punctuation evidenced in Facebook posts (much lauded a year ago) has led more widely to a falling off of grades across the board. That of their parents now to be taken into account is hoped to amend this - but won’t.
This all ties in with rumours of an entirely new system of education (to be adopted by 2014) under which exams as a whole are to be done away with, to be replaced by an experience point system in which students will level up throughout their school life.
Posted by Alan at Friday, August 31, 2012
Email ThisBlogThis!Share to TwitterShare to FacebookShare to Pinterest