Mars, Curiosity, and the Pound Shop 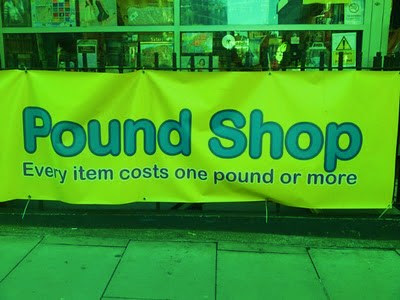 Breaking news this lunchtime as NASA lodges a very loud, somewhat formal complaint with lecturers at Leicester University over events taking place since the successful landing of Curiosity on Mars. Curiosity, the most highly advanced lander yet sent to the red planet initially saw jubilation in NASA when the signal was received confirming that Number 5, was indeed alive. Shortly into the historic deployment on the surface of Mars however Curiosity was forced to a complete stand still after loitering too long outside the Pound Shop it found there.
‘It was blocking the loading bay,’ Professor Challenger of Leicester University has announced by Twitter.
NASA are not said to be happy, threatening that if they had added the death laser as was originally intended they would have almost certainly lasered to death  the obstinate owner of the Pound Shop, Beagle 2.
Beagle 2 the British Mars Lander that arrived back in Christmas 2003 immediately set about it’s now revealed mission to create an environment suitable for a future manned mission to Mars. Having successfully deployed a Wimpy bar by March of 2005, in the time elapsed before the arrival of Curiosity branches of W. H. Smith, Clinton’s Cards and now the Pound Shop were all built according to plan. ‘It wasn’t originally a Pound Shop,’ Professor Challenger was quick to point out in a further tweet, ‘It was quite a nice little book shop, but we couldn’t have expected the impact the Kindle would have up there so after a few months as a charity shop for Scope it was deemed more financially viable to make some sort of profit out of watery superglue and giant boxes of rubbish washing detergent.’
NASA (whilst demanding the immediate release of Curiosity) are likely to have to accept that only customers were allowed to park there. Already top men at the National Aeronautics and Space Administration are having to make tough choices as to what they will most likely need in Curiosities ongoing mission. So far the basket leaked includes three slightly grubby plastic footballs, a bag of bent nails, and a frankly awful bendy plastic toy that might, almost, be a tractor.
‘That’s all Curiosities allowance gone,’ NASA are reported as saying.
‘Pocket-money,’ Beagle 2 is said to have corrected the flashy newcomer.
Posted by Alan at Monday, August 06, 2012
Email ThisBlogThis!Share to TwitterShare to FacebookShare to Pinterest