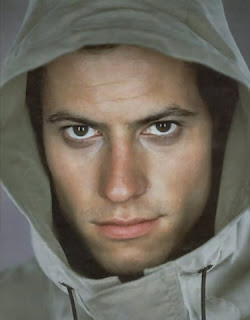 Horatio Hornblower, being straight-estate
The latest initiative at the Ministry of Defence (sponsored by Netto) is to consolidate the Royal Navy to the ‘new needs and anticipated threats in the 21st Century’, as ships it seems are dead expensive. Plans for the Sea Scouts to form an integral part of the RNVR wavy-navy have already come under fire, albeit not too badly as there’s no money left for shells. With each ship now given a yearly target to achieve, the rank of captain replaced with ‘Manager’ what frigate navy remains has followed the ingenious plans for the Navy’s new aircraft carriers by acting as platforms for French missiles.
With anyone of the rank of Chief Petty Officer and below on a steady diet of white label potato waffles, own-brand Walls balls and blue fizzy pop the new Manager of HMS Aldi was said yesterday to be proud of the way his crew are to be seeking new solutions, thinking outside the box, and hitting the ground running. Due to further cuts whilst plans are afoot this year to dot the ‘i’s, the ‘t’s will remain uncrossed, and thus will be ‘l’s. Never (we are told) has the Royal Navy been so council estate.
But most daring of all it has been confirmed that the Navy is to re-commission a number of formerly retired and fictional ships for the purposes of fighting piracy. The Indefatigable, the Hotspur, and the Sutherland all of whose records lie only in the exploits of Horatio Hornblower - himself listed as the Regional Manager that will lead lead them.
Hornblower more latterly known as what a lot of men read when they’ve read all the Sharpe novels is said to be grumpy and uncertain about the chance he is being given, also he is fictional.
Lt. Steven Louch (RNVR) when asked his opinion on the changes professed to be satisfied with the return of the cutlass. 'For too long has the senior service been without cutlasses,' he said today from the Isle of Sheppey. 'We are now a whole lot more cutlassy, and they go so well with our big shorts and knee socks,' then, 'Cutlass!'
Posted by Alan at Wednesday, October 05, 2011
Email ThisBlogThis!Share to TwitterShare to FacebookShare to Pinterest