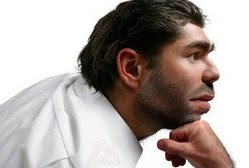 Knowledge more precious than metal was kept safe with a considerably larger key; and the Ordre made all the keys. Ram always felt the saying to be particularly apt, because Ram as he walked the long benches where his step-children worked, made a very good life from making very good locks. In Parquet anything of any worth that was made, was made by the Ordre. Someone not of the Ordre that might claim to possess such knowledge (or worse, demonstrate it) would shortly thereafter find that knowledge removed from them. There was an Ordre for that. It had sharp and very precise knives for the purpose.
Ram clapped Par about the ear. The youth formerly adopted in the Ordre Cle – inevitably then in the Delves long since called the Clay – winced more from the attention than the blow. Par’s skull was thick, thick enough even for Ram’s great hand to make little impact. In the Ordre, and with very few exceptions, they were all of the people – all native to the island. Their heads larger than others, they were stronger built, and possessed proper broad noses and brows. They had been here before those that now ruled and littered up Parquet had first been washed ashore, before there had been a Parquet at all. And they had learned much quicker. And more importantly Ram well knew, they did not cripple themselves by fighting one another. They were the people, though the tiny-faced visitors that made up the majority of Parquet called them at best lutin, or lutes, or (more offensively) goblins. In turn and amongst their selves the people called them in return toys. Ram had heard that none of his people remained in the great world he knew to be out there beyond their ocean. Just a year ago however a botanist washed ashore had suggested their bones had been found very recently in a place called Germany, in a valley called Neander.  Par waited for his scolding. The delay had only set him to trembling.
Ram said, “Do you wish to remain in the Ordre, young Par? Does your adoption by this Ordre offend you?”
“Oh no, chef!”
“Your work is clumsy. Have you been in the Delves, acting as young men do when young men wish not to prosper?”
“No, chef. I assure you.”
“In the Delves, oh yes. Taking drink and eating rudely? Are you attracted by the wiles of the toy women? Perhaps speaking of what occurs in this Ordre? This house of locks and keys, this body of craft?”
“No chef, no!” Ram did not look up but worked the harder on the set of cogs each of the stepsons had to produce, and to the exact degree of the masters that Ram would only produce to check at the end of the day.
“The Delves where with their course tongue they turn Ordre to odour, and call us the stinks?” said Ram.
“I never would, chef. Not I, not Par!”
Ram picked up the cog upon which Par worked. In truth it was decent work, half-decent at least. He said nothing as he replaced it and passed on knowing that his back now turned Par would be frantically inspecting the work for some defect only to be revealed at the end of the day. At least for the Ordre the days were long. For a wasted minute was a terrible thing, and a wasted hour then sixty times worse.
They were the people, they were the Ordre, and their lives like their work had precise standards. And a wasted life was a terrible thing, and wasted work then sixty times worse. Everything could be classified, everything could then be calibrated. Everything improved. Orderly, defined, exact. What worked, was to be worked. Every parent watched their children for signs of abhorred creativity. In the Ordre each that joined was adopted and they watched their stepsons for the same signs of the same frailties.
Posted by Alan at Thursday, December 27, 2012
Email ThisBlogThis!Share to TwitterShare to FacebookShare to Pinterest