On The Thin Ice Of A New Day 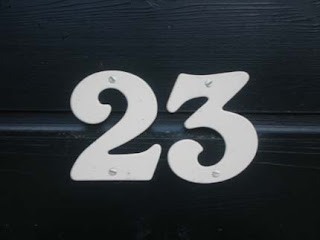 “Too many oddities?”
She’s quite right of course. Mme Roux may flip through the years like an illiterate looking for the pictures in Great Expectations but I move in different ways.  I have a few years and then a jump, and mostly it fades, the thoughts and the memory of it. This time I’ve clung, and this time to here. It’s odd being back. The last two weeks have been something I’ve watched. I knew what was going to happen and listened to the script play out. Done it before you see, absolutely literally. If I can’t quite recall where I slipped from then I know I have. And now here with things to do, or someone to save, and I know who that is now. She can’t bear that I’m going away for almost a week. Last time and all that, I’ve promised her.
I’ve got shit that has to be sorted out, and I’ve got mates to see to help with that. It’s odd that too, not the troubles for which this is not the place to discuss, but the friends. One’s a lot older in my memory, the other no longer around. I’ll only know how I’ve gone back when I see them really. It’s about finding my feet in this age again, back in 2012 and it’s been a while. I’ve not been up here for ten years, but I as was, was. It’s a foreign country and I’ll centre myself in Wiltshire, to where I always return, albeit often at best briefly. I slipped back here because it’s a pinch point, but I need to get settled in to deal with that in the best of all possible ways.
But hey, nice to be back. Nice too to no longer have a script keeping me in tramlines.
“Are you packed?”
“Light.”
“Of course.”
“To see the future,” says Mme Roux, “you have to know the present, and that’s always found in the past.”
That’s quite sweet. I ask her who said that?
“You did, or will. And now perhaps because I did to you, you having said it to me. Don’t you just love the loops?”
It’s all straight lines going out from a misaligned hub. But right now they’re all punched together, and that’s when they get slippery. I’m away for a week. No internet access, play nice. If I don’t slip again then they’ll be more.
If I do, then farewell.
Posted by Alan at Thursday, December 06, 2012
Email ThisBlogThis!Share to TwitterShare to FacebookShare to Pinterest