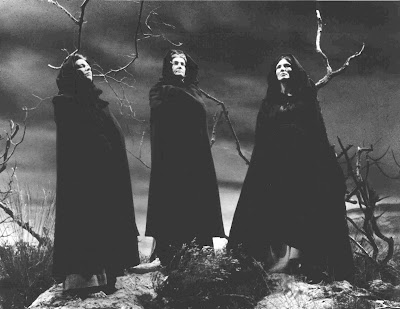 Chicken Nugget Spice, Itchy Spice, Your Mum Spice - and Victoria
Not pictured Mel C
Everyone in Tolly Maw is still jolly excited after the news this lunchtime that the Spice Girls are to reform, and secretly for a variety show in honour of the Queen. Set to star alongside such luminaries as Bob Monkhouse, Sir Cecil Beaton, and Johnny-from-that-Fanny-Craddock the five girls are said to be very excited at the prospect of being Melanie Chisholm’s backing singers, again albeit without singing in at least two cases, but still up front and having it large – for the girls, aright, like L7, and X Ray Spex, and Pattie Smith. The original line-up has already been confirmed, including for some reason Robbie Williams.
Scratchy-Pissed-Bus-Stop-Spice has been the first to shout incoherently into a microphone, her rants and screams regarding the empowering qualities of White Lightning being replaced by a liking for Liverpool FC. Supported in her positive attitude towards strong-cider it was perhaps pleasant to see on the news Mum’s-Gone-To-Iceland-Spice and Riffraff-Spice jumping up and down like housewives at a school reunion, on White Lightning. Famine Spice (carved from a single stick of purest self-loathing) neglected to join in due to an exclusive already arranged with H0/00 Gauge Model Railway Magazine. As a rail.
The five (whose very first gig was in Tolly Maw and who subsequently therefore enjoy a tremendous following to this day of all their albums released since their split*) all giggled when asked if the rumours were true, answering (even when they did not) in overdubbed soft-Scouse.
In unrelated news Dr Brian Cox revealed that he has actually discovered Spice World on his big telescope. The mop-topped former drummer with A Flock Of Seagulls was quick to assure laymen that it was ‘all a bit shit, mind’.
*1999s Northern Star.
Posted by Alan at Saturday, January 28, 2012
Email ThisBlogThis!Share to TwitterShare to FacebookShare to Pinterest