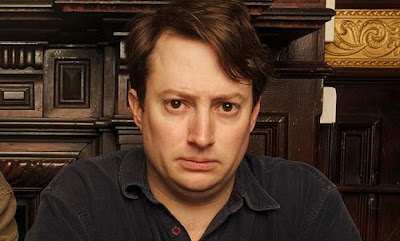 
Senator Davidius Mitchell has hit back at reports today that he never referred to a member of the Praetorian Guard as a ‘Pleb’, “Because as I’ve already pointed out, he is one. Whereas I as a member of at least the Equestrian class, probably higher, am not. Neither have I whined on about an attempt to destroy my political career. It is clearly part and parcel of the Praetorian Guard to do so. Look at what happened to Galba. If that means nothing to you then spend the few seconds it takes to remedy that. Well done, you have learned something.”
When pushed as to the possible reasons behind such a conspiracy Mitchell, with his matt black eyes never flashing, sneered like every bully he had ever suffered to reply, “It’s what Rome is all about. Conspiracy, battles with that oaf that looks a bit like, but isn’t, Daniel Craig, orgies, and a lot of nipples. Not architecture, a body of laws, or ensuring that fascism however worrying will always be so in shorts. Oh no, or Latin of course. A dead language with more life in it than a big bag full of Dracula at a goth pub when it’s unhappy hour with anything with black in it two for the price of one. But nipples, and conspiracy, and actresses you remember from other things ten years ago, with their nipples. The Praetorian Guard have probably been watching HBO’s Rome series. Which is pretty much EastEnders for us. In Rome.  Hence the conspiracy, because let’s face it, no one wants to see my nipples and least of all me. I have never seen my own nipples, and nor then will you.”
Mitchell further wished to play down the announcement that Emperor Cameron intends to ‘stand behind’ his colleague. “Because it’s Rome, so you all assume by that, that what he really means, is that he intends to bum me. Because that’s just Rome as far as you’re concerned isn’t it? Although off screen, or at best camply alluded to by Frankie Howerd. Because when you sit there waiting for the inevitable gay love scene what you actually want to demonstrate how very liberal and enlightened you are is Xena being incapable of washing herself without the benefit of several much younger slave girls,” said Mitchell. Then, “Although that’s the other one.”
Posted by Alan at Sunday, December 23, 2012
Email ThisBlogThis!Share to TwitterShare to FacebookShare to Pinterest