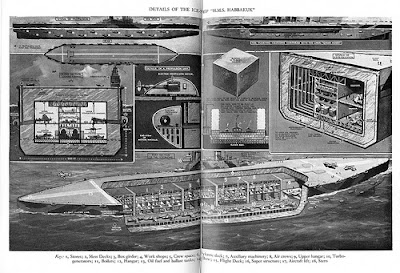 I read regular calls for schools to direct kids more towards the sciences, for useful professions and contributions to society but without much said about how that might be made more fun. After all there’s only so far sniffing about it and muttering absolute received-truths will get you, when if kids aren’t interested – then they aren’t interested. And like anything (and especially at a given age) if it’s dull, then they’ll snooze through it all. I’m not saying every science class has to resemble the Christmas Lectures (but it’d help) but perhaps what we need is a little less alphabet maths and a little more of the boffin? Frankly I should have dozed through physics at school but I was blessed with a series of excellent teachers who were more about the practical than the theoretical, and if they’d worn more tweed and smoked more pipes then they would have been boffins; chaps that made discoveries in sheds. And let us not forget that most of Bletchley was just that, their sheds hastily fabricated affairs as the word spread out. Because of which work in so many ways here you are reading this.
But that’s all dire, important and earnest stuff. I like the madness. The strange ideas. I like Project Habakkuk for example. Whereby in the war (and needing larger aircraft carriers and with a shortage of steel) plans were proposed and tested to build the bloody things out of ice. Or rather pykrete, which is a woven combination of ice of wood pulp that could be machined like wood and cast like metal. Truly huge artificial icebergs with flat tops and hollowed out for engines and the inevitable cooling plants. Also and surprisingly bullet proof – as Mountbatten proved by shooting at an experimental prototype (probably whilst not with his wife indulging in numerous affairs with both sexes, you’ve just got to love the decadence of the upper classes in the 30s and 40s). So enormous, and we’re talking biggest ship ever, carriers made of water and mdf. Not only bullet but torpedo and 1000lb bomb proof, albeit pottering about at a stately six knots.
It never happened, though a lot of work was done on it and a smaller prototype took three years to melt to obsolesce. But it was mad, and it was brilliant, and I’d have been a lot more into the sciences at school had we been engaged in making soggy-raffia gunboats with the tensile strength of Guernsey.
Though even at Yateley Comprehensive they would probably have frowned upon the pipe.
Posted by Alan at Sunday, July 08, 2012
Email ThisBlogThis!Share to TwitterShare to FacebookShare to Pinterest