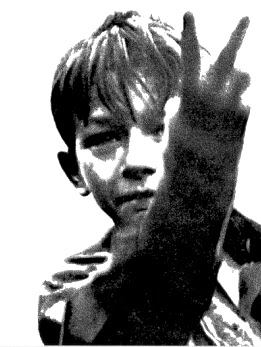 Thirty years and something like seventeen albums down Chumbawamba are winding it up. You can read their history all over the place - but this is my blog so it's them, and I, and what they mean to me.
So no more then soon to be, and it hurts a little. Agit-pop of the highest order one of the certainties of life was that there were the Chumbas, and it feels like I’ve heard a good friend who quietly having cancer is only now telling me there’re but a few months left to live. And so few bloody friends have been up here to visit that those who did I feel the more so when they no longer do. Because Chumbas did; they played the Kirkgate twice and at the last my eldest (as a wee sprout) bopped along on my lap, and that was where and when the live album of the time was recorded. A month or two later at Solfest I thanked Boff, and shook him by the hand, little knowing that it might be the last time.
I’ve seen Chumbas any number of times. Years back in Brixton when (unless the memory plays false) they were part of the line up at the Academy – one of those where you’d have Hawkwind, and Sensor, and Back To The Planet and indeed everyone you could want to be there for a day or two solid. I got there late but in time for Chumbas and whilst the bouncers kept everyone from the stage I and my mate Helle ran, jumped and kicked off the barrier to land square and proud amongst them right into the middle of Sometimes Plunder. Come the singalong lines asking the driver regarding a wee-wee – that was us, into the mic and then a clap on the shoulder before we were tossed back into the crowd. Another gig and at the Fridge my girlfriend-then came up behind me for two songs and nuzzled away – only it wasn’t my girlfriend, but a cute blonde punky girl (my girlfriend waving politely when I turned about). I was young you see and when I was young they were the soundtrack. More so even than Poppies, or Carter, even The Levellers and RDF. For me.
Later and the band dropped the electrics and the nun costumes, and were ready to ease me into middle age with acoustic and old English rebel songs. ‘It’s okay,’ they said, ‘You had a cracking time when young, you still can now you’re not; it’s okay to have dignity. It’s okay to still care. It mattered. It still does.’
They meant what they said. They had principles and they were our principles, and it was right to think, to reason. Even the hilarity of Tubthumping (the one song you’ll know) with rugby teams chanting the chorus for years afterwards – meant they did better pop than pop bands. And hey, it raised a lot of money for causes most rugby players would abhor.
They never sold out. They never somehow betrayed us. They never became a tribute band of themselves.  Most importantly of all, they were a cracking band and produced cracking albums.
As I say they were the soundtrack of my life, young and middle aged. Even when faced with lies, and nonsense, and petty minds they’ve given me the broad shoulders to laugh it all off. There are more important things. And it’s right for me to be honourable, to hold to my principles, to keep to my art, to care about what matters and don’t let what is not mire me down.
I’ve never posted links before. How can I not now, at least this once?
But who the fuck will help me now when I’m old?
And cheers, and thank you, all of you.
Now how do I soap a stamp for a letter that has no envelope?
So many questions. I’m going to hunt up Sssh and put it on for the answers. Or to remember that answers don’t matter - so much as making sure you ask the questions.

Posted by Alan at Tuesday, July 10, 2012
Email ThisBlogThis!Share to TwitterShare to FacebookShare to Pinterest