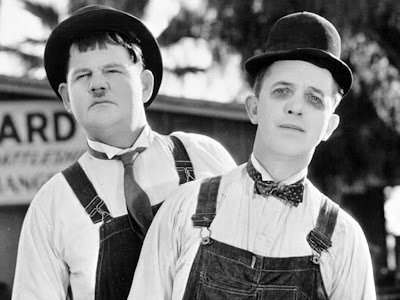 Unable to spell entrepreneur they had been forced to find work with Mr. Ludo. Arthur’s trousers were slashed to the knee. Told to dress sharply the shop wouldn’t sell him any more razor blades. Life was going exactly as they had planned; which as they hadn’t, was one of constant surprises. Norvell smiled his piggy smile. Mr. Ludo bereft of a sense of humour understood little about them. The little office he had provided with its empty filing cabinet and single desk was set about a wall blank and ready for clues. It had plenty of the first and none of the second.
Christmas morning and having drowned George Bailey Norvell and Arthur had not known what to do with themselves. They had dimly recalled after each such sweeping up of the rebellious scratch... little more. Mr. Ludo had found them moving pianos for a bare living. Mr. Ludo had brought them home. Norvell and Arthur had been the most feared of those that had emerged from the scratch.
Had been.
For a month now they had been set on the trail of Mme. Roux. It should have been easy. All they did was find such recalcitrant characters. Yet, “Where is she?” said Mr. Ludo.
“Maybe she went to the mountains?” said Arthur.
Norvell hum-hum-humped ingratiatingly, “I’ll bet she did. You know she makes me sick.”
“Well if she didn’t go to the mountains, then Mohammad would have to come here?” said Arthur. He beamed at Mr. Ludo.
Mr. Ludo smiled back. “Have you anything else to say?”
“Why no, that’s all there is. There isn’t any more is there Arthur?”
Arthur said, “No, that’s our story and we’re stuck with it. In it.”
“You’re cretins,” said Mr. Ludo. Norvell nodded to Arthur, who was. Briefly Mr. Ludo closed his eyes. He continued, “It seems very likely that Aunt Minerva will come calling. That she has not as yet I ascribe more to fortune than circumstance. Ever since Mme. Roux sent the little tramp about the world on Christmas Eve there has been some measure of peace, and a measure of life for you and I, who are from the scratch. We even know there is a scratch. Or there was a scratch. I say this every time I call by. And every time I call by I have to say it again. All good wars start with a surprise attack. As each day goes by any attack we make becomes that little less surprising. Now the pair of you - find for me Mme. Roux.”
He left them.
Alone but together Norvell thought on what had been said. He took a pencil from Arthur’s ear and with an effort wrote the word Roux on the bare wall of clues.
“What’s that?” said Arthur.
“Mme. Roux. We have to find her. Probably with a saw,” recognising Arthur’s blank expression he smacked him about the ear. “You make me sick.”
Arthur blubbed, “Well we’ve all got to live and learn you know.”
“Yeah, but you just live!”
Posted by Alan at Tuesday, May 29, 2012
Email ThisBlogThis!Share to TwitterShare to FacebookShare to Pinterest