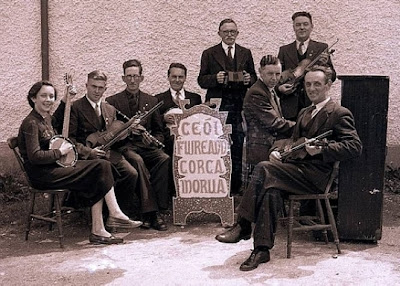 The BBC found guilty today of ageist discrimination against dropped presenter Miriam O’Reilly has been forced by the announcement to scrap its own plans to oust itself in favour of the new format BEEB! Set to appeal more readily to all the important youth market the BBC has been forced to cake itself in pancake and dance like a dad, in brogues, to Blondie’s Heart of Glass, which will mean nothing to anyone since everyone in Britain today is aged under 21.
The launch of BEEB! with its controversial new line up of presenters, programming and cheap steady-cam shouting has already attracted headlines with its casting in the Celebrity News slot at 9pm with a foetus. The last in a long line of hirings and firings starting with Kimberley Zap (16) in the Newznite slot has left the BBC with egg on its face – although the announcement of a return of Top Of The Pops headed by a handful of sperm leaves doubt as to the actual composition of said egg.
With the actors on EastEnders already replaced by those from Bob The Builder it’s difficult to say how the announcement will leave the sudden reversal of scheduling. Country File having already been taken out and shot in a barn with Old Yeller due to the widely held view that there is no such thing outside the M25, that leaves the current season only with Dik & Dom Boy Detectives to rank up alongside repeats of science and gadget show Why Don’t You.
A further announcement is set to follow tonight’s coverage of the all-important St Peters Primary vrs Drew Street Junior in the Surrey under-11s quarter-final.
Posted by Alan at Thursday, February 23, 2012
Email ThisBlogThis!Share to TwitterShare to FacebookShare to Pinterest