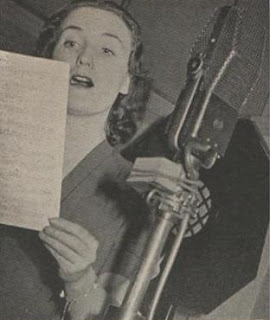 You said ah must eat so menny lem-ons, 'cause ah am so bittah
I was nearly the whole way through Foundations by Kate Nash on the radio today before it occurred to me that perhaps this wasn’t Brain of Britain on Radio 4. Radio 4 is what I listen to when I’m out and about because my Q’s second-reserve mobile phone (a tenner, plus a tenner pay-as-you-go yet to be used up) does double up as a radio. And whilst lurking at the school gates with the other parents does provide for the possibility of conversation then only as regards grave robbery, which segment of society deserves castration this week, and school. So I listen to the radio on the way, there, and back whilst the sprouts dance ahead.
And Radio 4 because it’s just a normal little radio so it doesn’t get Radio 7 (4 extra, what-evah) or FabngroovyRadio6. And Brain of Britain because that’s what’s on then, today, unlike Friday when I expand my knowledge of gardening. A knowledge after a childhood of allotments, garden shows, and greenhouses that welcomes expansion as much as anyone readying themselves for a smear-test.
But what Radio 4 does not boast, is Kate Nash and Foundations. You’ll know it if you hear it, or you will when you ‘tube it in a moment. She sounds like Polly Styrene singing nursery rhymes.
Singing usually smooths accents. You really have to make an effort for it to be otherwise. Fortunately this showed that there is little in life that cannot be cured by singing any of your favourite pop hits in a Kate Nash voice, and possibly to the same tune. Be warned though that on trying it with Bohemian Like You I inadvertently added a ‘have a banana’, and that the ‘have a banana’ fitted rather well.
So as I turned Blue Oyster Cult’s Veteran of the Psychic Wars into a Chas & Dave classic I watched my sprouts, and thought as they ran ahead, how I’m now older than both my parents when I ran laughing from the nest. I can’t imagine it, not without a cold gripping hand in my chest, of my girls going. Being gone. Not knowing where they are, or how they are, and me then fearing... everything.
I already do. ‘Careful’ is my every third word with them. Of course I’m happy that they’re dinosaur hunting scrappers, but if only they could do it with a bit less running along of climbing frames or hunting raptors in the long grass with only a big stone. I worry and I’ll worry for the rest of my life.
Kate Nash wasn’t even born when I escaped from Yateley. She’s going to have to work some in the coming years as my girls grow older.
And a one, two, a one, two, three, four.
Oh we’re so pretty, oh so pretty – va-cant – have a banana!
Posted by Alan at Monday, January 23, 2012
Email ThisBlogThis!Share to TwitterShare to FacebookShare to Pinterest