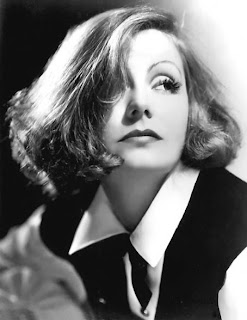 It would be decades yet before his name would be funny, and even then Peterson Lee wouldn’t see the joke. Peterson never saw the joke, even when the others laughed and often nowadays at his expense. He understood funny, funny was songs about landladies and horrible wives. Mostly to song and always by short men in big suits. Music Hall was funny, though Peterson never laughed. He did not laugh then and he did not laugh now. “Get out of the vehicle,” he said.
“Only pulling your leg, mate.”
Private Lee 402323 shouldered his rifle. Bloody great thing of wood and metal, 9lbs loaded. He said, “Captain Tenniel, sir!”
The roadblock had been thrown up in a hurry. A bread van slewed and disabled across the road with a table and chair taken from a nearby scout hut. On the far side of the van the four other men from his section were playing gin rummy. It had been pay parade only the day before and smartened then for the major they were already well into the traditional manner of dress for the army at other times. Scruffy, ill-fitting and with boots they only replaced when they were finally broken in. The officer that had drawn duty for not keeping down a stirrup-pimp of middling claret only appeared after the third time of shouting. Regular army the captain had been too young for the war and didn’t have the ribbons some of his men had. The was-there medals and the didn’t-die awards.
“Lee?”
“Suspicious bloke, sir.”
“Wotcha,” said the lorry driver. “I was telling your monkey here about all the bombs in the back.”
“Let him through, private.”
Peterson jumped to attention. The lorry driver did the same but instead of then getting back into the cab fetched out a cigarette and a box of matches. He struck one up after offering up the packet. “What’s all this then, eh? Been invaded have we?”
“Something like that,” said the captain.
Peterson paid attention. He had no idea why they were here, why it was necessary to block the road in. Only that a bunch of odd-types were poking about the cinema and that he and the rest of his section - those not on leave, skiving or making their selves generally absent when Tenniel had ambled into the barracks not two hours before – had been waved into the back of the old Tilly now parked further down the street.  With his back to the cinema he was the last to see what was going on.
The lorry driver was not. “Here, what’s with Greta Garbo then?”
Robert Taylor and Greta Garbo were caught in a clinch on the posters outside the Regal. It was Camille showing, only not on a Sunday morning. Greta Garbo was also being led from the double doors by two of the odd types. One Bohemian in a girls shirt and funny trousers, the other a woman dressed for dinner despite the hour. Greta Garbo seemed to be handcuffed. Poised, she ignored her captors who ignored in turn everyone else. Their own car started up once they were inside and Captain Tenniel hurried to have the bread van moved and for the lorry driver to move his load down the street. Suddenly the only unoccupied one there (and not knowing what else to do still at attention) Peterson was surprised when the big black car holding Greta Garbo captive stopped beside him.
The peacock in the girls shirt wound down the window. “Excuse me, do you know where a chap might find the nearest TB ward?”
Peterson did not and unsure added ‘sir’ to his answer. The car left him still poker-straight. Captain Tenniel, irritated, waved him to rest and watching the car disappear said only, “Rum lot Aunt Minerva, don’t you think?”
Posted by Alan at Monday, January 30, 2012
Email ThisBlogThis!Share to TwitterShare to FacebookShare to Pinterest