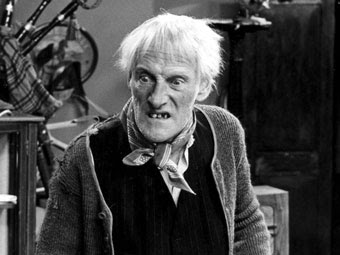 The producers of the much-anticipated Hobbit movie are again in hot water when the spokesman for the Elvish Society has hit out at the continued misrepresentation of elves in the cinema and games industry. Stanley Glitterleaf already condemning the makers of the inevitable blockbuster for using CGI techniques rather than casting genuine elves in the roll of elves, hit out at how once again elves are being portrayed as tall, long-haired pretty boys ‘with a stick up their arse’. “Speaking for myself, and I know it’s something shared by many of my elvish peers,” said Glitterleaf today, “I’m a fucking cuntwit.”
Whilst seen derisively in society as perverts, milk thieves and inveterate diggers in bins, elves continue to be shown in fiction as grumpy German rockstars, “They even had us turning up to Helm’s Deep to die gloriously for the greater good,” points out Glitterleaf. “I mean, trust me – no way. It didn’t happen in Tolkien, it doesn’t happen down the Mile End Road of a Friday night, and it never happens that I’ve seen. Believe me, we’d let you all die in a heartbeat. The closest you’d have got to me there would be the fiend selling route maps to the Shire from my black horse stall. Our ancient heritage is protected by law, which is why we prise open your milk cartons for a little lick.  It’s cultural.”
Rather than speaking out against Channel 4’s recent documentary Filthy, Awful, Elf, Bastards Silverleaf scoffs at what he calls ‘do-gooding lefty liberals with this sex-Nazi thing going on’, adding “Sorry nerds, we don’t want to go to bed with you, we’d rather leave our mess on your cats” as covered in the show last Tuesday.
It’s not the first time Stanley Silverleaf has been in the public eye. Declaring that Hampstead was the ancient and secret home of the elves he and a number of his fellow elves, hating each other all the time, took to ceremonially flicking rubber bands at anyone passing by in Ug boots. “It just takes the piss,” Silverleaf pleaded at the time.
Anticipated demonstrations outside of the premier in Leicester Square by the elven community have been downplayed by Stanley Silverleaf who speaking for all his people pointed out that, “It’s pretty unlikely, I can’t fucking stand elves, and I am one.” Then, “And fuck prog rock too.”
Posted by Alan at Tuesday, April 10, 2012
Email ThisBlogThis!Share to TwitterShare to FacebookShare to Pinterest