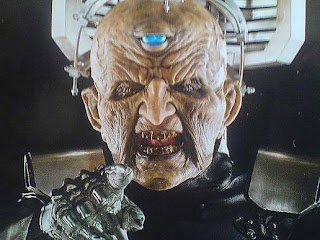 Caught on camera flying after years of claiming a need for ramps, the Ross family are being made the poster-children of the new crackdown on benefit fraud. The head of the clan ‘Doctor’ David Ross has similarly been charged for erroneously claiming for blindness and lack of arms, discovered in the same investigation to possess a magic forehead eye, and an evil metal hand where before it was merely withered.
Immigrants from Skaro (where generations of foggy war with sten guns had left the Kaled tribe blobs of goo) the Ross family were already last year fined for claiming against back injury when it was revealed that they literally had no spines. Whilst originally their full body chairs could only travel along metal strips and even later they could be foiled with a floppy hat, an overlong scarf and jelly babies they failed to declare any change in circumstances when in more recent years they became invincible, developed the already quoted ability to fly and according to an ongoing Police investigation are behind all things, ever – ever.
From what I hear Dave Ross was grassed up by his estranged son, ‘Emperor’ Ross – the pair having long fought through time itself for supremacy over the clan. Most likely to raise his profile having gotten through the first round of Britain’s Got Talent, only to fail in the rap round when put on the spot he couldn’t come up with anything that rhymed with ‘Impersonate’.
We here at Slide23 refuse to be so manipulated, so rather than Emperor Ross here’s a picture of Leela instead. 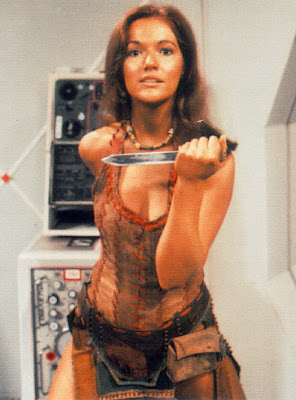 Yeah, Leela.         ﻿
Posted by Alan at Friday, August 05, 2011
Email ThisBlogThis!Share to TwitterShare to FacebookShare to Pinterest