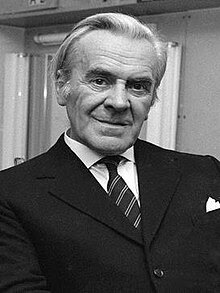 It was my book group last night.
Whilst we discussed many things then obviously we also discussed the book of the moment, and the book this time was Antony Horowitz’s House of Silk, the new Sherlock Holmes novel. And jolly good it is too. Moriarty didn’t need to make a cameo to my mind, but given the story Mycroft rightly did. And that was the only disturbance since everyone else enjoyed it too. This left little to pick apart in the end so for a couple of hours and in the delightful local bookshop we discussed books more generally, reading, and the happiness of words and it was just spiffing to be chatting to bright, erudite adults. The previous time I went it was for Eowyn Ivey’s Snow Child which most liked, but which I thought was dreadful. On that occasion the book was discussed further – but that’s rather the point since we read what we might not have otherwise. Reading The Snow Child though is a Sunday I’ll never get back. Two book reviews, value for time today!
I left to walk the long miles home in company with John le Mesurier who being god is said to be everywhere; though last night for an hour he was on the road between Cockermouth and Tolly Maw. The talking inevitably turned to the matter of the Pope. Something of which John was not so very able to enlighten me, ‘I’m CofE, my darling,’ he said. The CofE being a very secular sort of religion in which for the most part a lot of generally nice people think nice thoughts and take turns mowing the lawns of really old buildings, with women vicars, and inevitably likewise women bishops and arch-bishops in the not so very far future. Those that object are dying off, ten years or so? I had to confess to John that I wasn’t a regular church goer, but I was baptised and confirmed by his bishop in Winchester. John thought that lovely (as he does), but was at delicate pains to point out that it wasn’t necessary. For himself he rather loves Science – it’s all over his Facebook page.
I also like science. I like all manner of scientific things. I also love the arts.
‘The two,’ John said as I turned off for the hill, ‘are not enemies.’
‘Some believe in absolutes...” I said as we lingered at the corner like two fourteen year olds on a date.
‘Science and the arts are on the same side,’ John assured me. ‘They both enlighten and enlarge us. They are both the enemies of ignorance and ugliness of thought, and mind, and dare I say it, spirit.’
I’ve been thinking on that this morning; and John is entirely right. Love science, love the arts, tut at ignorance.  And this is the word of the lord, le Mesurier. Next month at the book group we’re doing The Alchemist, and they want suggestions for June onwards. I’m thinking something delicious and incomprehensible from the Jerry Cornelius quartet. That’ll lead to a lively discussion.
‘Is that wise,’ I can hear John say harking to Dad’s Army.
It is, I’m not Mainwaring.
And nor should any of us be.
Posted by Alan at Wednesday, February 13, 2013
Email ThisBlogThis!Share to TwitterShare to FacebookShare to Pinterest