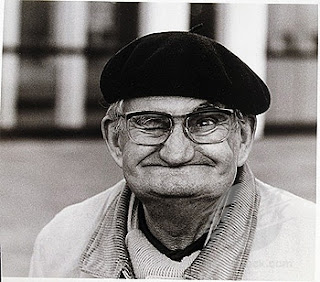 This is Paul. Paul is my internet provider.
Settled as we are now in Tolly Maw and with Scratchwood demanding ever more daily updates (I have been playing the solitary since my eldest sprout Catnip has become increasingly unwell) it has become necessary to make with the means local. For the internet then this is Paul. Formerly the post master, Paul came to the Maw too when much younger than I. Indeed he fled scandal having been as a smoother limb a telegram boy. Whenever a judge or jotting playwright was caught taking delivery of a certain parcel, that certain parcel was near always Paul.
Paul is a broken tap of stories, and there am I without a plumb I listen (as do most), for Paul is also and by experience Tolly Maw’s prostitute. By charter we have to have one, and the one we have is Paul. Business was not good scant years ago, but it was the internet that has saved Paul, just as he taking on the role of provider has unfortunately led to the closing of one of the village shops. It could not compete with the internet, Paul, who took about it with petrol and a rope lighter he took from a dead German.
But Paul is not the young bravo he once was. He is no longer a fierce demon on his bicycle and so at times our service is slow. This itself is but hopefully posted, and he having peddled to Broken Bridge to shout down the public phone and thus have it as we hope, here. So thank you Paul, and to Tony too who with his suitcase-radio ensures that Tolly Maw quite against reputation does indeed have one mobile phone.
Posted by Alan at Thursday, April 07, 2011
Email ThisBlogThis!Share to TwitterShare to FacebookShare to Pinterest