My Name Is Lynyrd 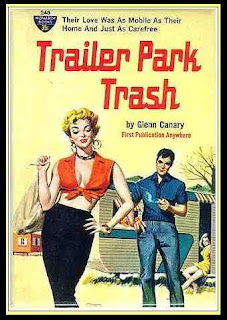 I’ve been having a Lynyrd Skynyrd day. A day when with the weather trying to turn I’ve been wailing along to Simple Man and Tuesday’s Gone, and by Van Zant it’s been a while! All of this whilst working but with a random bang on the CDs and without much looking a sudden perkiness as the guitars do what guitars do best.
Now musically I never got much beyond the early 90s, the reason for this being the bloody 80s (my teenage years) when I had to retreat to the 70s for fear of synthesiser insanity. But Karma was not cruel and knew this, so right when the greebo, crusty and rave cultures blew up on us I was the exact right age. I never knew then how lucky I was. All the festivals, all the gigs. Everything was just bloody marvellous. Levellers, PWEI, Carter and enough of lists but note that even the pop bands were Elastica, Blur and St Ettiene. There was trip-hop and energy and fuck me, what a time to be twenty one! But before this and still within me there’s Led Zep and Jethro Tull, Rush and all the other wailing willies that everyone of any real spirit liked too – I mean, Led Zeppelin, the great leveller right? But that which was mine, mine it seemed alone and oddly so too were the Eagles, Lyrnyrd Skynyrd and hell, even the Beach Boys. And again, it’s been a while.
These songs are old photos I’d forgotten I’d ever taken of friends I’d barely recalled. This was me as a teenager, so it wasn’t all bad. And when I was in America in the 80s I was tagged (wrongly) as shop lifting some Skynyrd, and happily for the story being the South I got to meet the actual big-fat-sheriff and he did (yes) stick a gun in my face. And no, he didn’t give me three steps. Not three steps mister, not three steps t’wards the door*.
So today was a redneck day. Moz and I used to have better ones, where we'd drink and shoot groceries - but today was still a redneck day and bring it on summer, I’m ready for you. So, I just might have to write me a list of everything bad I've ever done and one by one make up for all my mistakes. I’ll just try to be a better person.
My name is Alan.
*Skynyrd humour.
Posted by Alan at Wednesday, April 06, 2011
Email ThisBlogThis!Share to TwitterShare to FacebookShare to Pinterest