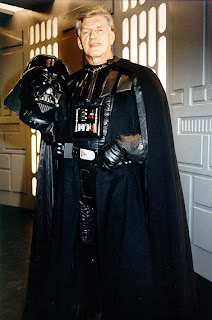 I refer my learned colleague...


Faced with reports last year that British politics is seen as being boring to the young, new guidelines have been revealed by the Speaker of the House of Commons to enable the British public to reengage with the process of democratic parliamentary government. The plans also seek to appeal to a significant proportion of idiots that having decided all politicians should be done away alongside bankers, dinner ladies, and Daleks have so far failed to realise the alternative that would be realised by a dictatorship based around cottage industry smart phones, packed lunches, and the dominion of time and space from rather humble beginnings on Skaro.
With the three most popular parties all sort of messing together in the middle the guidelines seek to address the core problem that no one knows who are the goodies and the baddies any more. To facilitate this then from 2014 the incumbent Prime Minister will attend press conferences and questions in the house wearing a Darth Vader costume and voice modulator; members of the opposition will in consequence all be required to wear Jimmy Saville masks whilst singing Gary Glitter hits. Further, given the shocking lack of any real scandal in recent years a minimum of 20% of sitting MPs in all parties will be required by law to have messy affairs, accept bribes, and get back to being caught emerging from notorious houses of ill-repute with a speciality in whips, discipline, and stodgy suet-based puddings.
The report also having highlighted the problem of a growing number of wives (seen on the arms of their respective politician husbands) having not only jobs and young children, but a distinct propensity towards being perfectly attractive middle-aged women that almost certainly earn more than they do. Ministers will thus be ordered to seek out someone suitably resembling a troll chosen for their ability to express political views so extreme as to make their husbands pass water every time they open their wet, gaping mouths.
Perhaps as a result of all this the latest Gallup poll puts Voldemort up six points on the Conservative Party with his popularist stance on death-hexing all immigrants, replacing the welfare state with ‘Europe’, and his upcoming marriage to the Borg Queen.
Posted by Alan at Monday, October 01, 2012
Email ThisBlogThis!Share to TwitterShare to FacebookShare to Pinterest