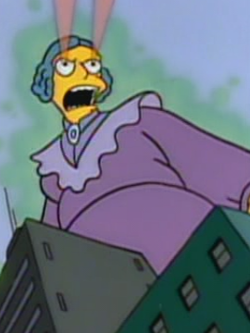 So I’ve just got in from doing the door-to-door for charity.
It’s not a sponsored thing although that would make a strange sort of sense. This time for Marie Curie who from memory was the first woman to boast super powers, but in her name for cancer. You’ve probably seen the adverts, and Kylie told me to do it. So I have. And it’s nice to spare a little time I do not have because ultimately time is the nicest, easiest contribution you can make to anything. Really it probably makes sense if smokers did the same, given the charity; although probably not on the hillier of streets.
It’s genius really, getting people to do their streets. People who know you, or at least recognise you are far more likely to give a little lose change. Being the north people are genetically friendly anyway. One thing I do like about up here is that everyone nods and wishes you well as they pass by. Everybody. I did that in Euston a couple of years back and got stopped and questioned by uniforms; truly. Oh, you scowling rascal London!
There’s a bit of a theme in the family for this. My dad always got involved in charity. Indeed he took them over. He’d be on the committee by meeting three and running the whole thing within a year. He’d multiply the takings by many times, drive it forward, upwards, better, more charity than ever! He spent years on the RNLI and they gave him a little statue for it. Good for him. And things like that are probably best kept as charities as let’s face it if the RNLI had been an official body every government (be it whatever party) would have cut it back to a lilo on Brighton pier by now.
All went well, all except number... well, can’t say too much. But number (we’ll call it X), X. I’ve no idea who lives there. Never seen him. I saw him today only by the top of his shiny head in the upstairs room – our street is on a slope. He was on the internet and maybe even being a bit adult at the time. Probably. But I knocked, and waited, and knocked, and eventually the downstairs light came on. And there were footsteps on the stairs. Then a long pause, then the light went off. And softly the footsteps retreated, and then the upstairs light went off.
I didn’t shout out ‘I can hear you wanking up there’ as I had my charity ID around my neck and that would have been rude. But I’ll pop out in a second - and it’s never too late, eh?
Posted by Alan at Wednesday, October 24, 2012
Email ThisBlogThis!Share to TwitterShare to FacebookShare to Pinterest