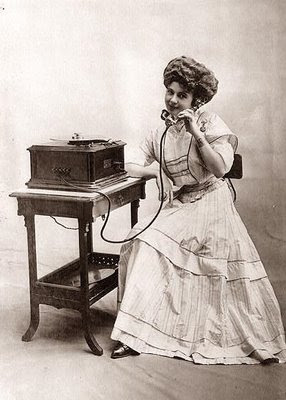 Sandy Denny’s not been having a good day.
“I’m not cut out for this sort of work,” she’s been telling me. She’s not cut out for my tea either it seems as every sip is accompanied by a wince. She shouldn’t look so surprised, it’s not like I’m swopping the mug between each as she works her ways along what is on offer. What is on offer is supermarket Earl Grey. She doesn’t think it should have milk in it, nor sugar, but this is builder’s Earl Grey. For builders who build art galleries. “I keep on trying to contact the other side, but it always hangs up.”
Poor Sandy, the surprise with the tea is just the last in a long line of surprises (not the least of which was finding out that everyone had it that she had died back in 1978). Even back then no one really wanted to know, they all missed her so much. Or so she says. I couldn’t say, I was ten years old at the time and Blake’s 7 had just started so it all went rather over my head. She’s been in Tolly Maw for most of the time since. That’s the thing about Tolly Maw; you get stuck here. The old bastards in the pub don’t want to hear about Fairport Convention either, just the one track she sang with Robert Plant on Led Zep IV. They lose interest when it turns out not to be Stairway. That it was Battle of Evermore is one of the reasons she’s started trying to speak to people outside. The Hobbit movies, Tolkien, it’s all related. You can’t tell the old, hardened drinkers in the Supreme Being & Templar that there are other songs but Stairway. It upsets their eels. You what eels are like about Led Zeppelin. I say, “Look, there are oodles of fans still out there. Some of them even know who you are. Girls, mostly.”
“They just hang up.”
They do too. In an effort to keep them on the phone she tells them straight off that what she has to say is a very important message – and then click. But she’s been persistent. Because of her phone experience she’s gotten work at the local council (actually, everyone’s local council). There’s this new initiative to encourage people to have new windows fitted, I couldn’t say why, and everyone that agrees to it gets bottles of lovely red wine and chocolates. That’s what the form says. I’m not much of an expert. Red wine always makes be vomit. It’s on commission and given that there’s no catch at all, and it’s free, you think she’d be onto a winner. Not Michael Winner. Michael Winner prowls the lanes after night terrifying nervous lovers, in a greasy mackintosh. It’s probably a different Michael Winner. So she’s been phoning up from the windows helpline but before she can get onto the lovely red wine and chocolates everyone just hangs up.
Sandy Denny has not been having a good day.
Posted by Alan at Friday, September 21, 2012
Email ThisBlogThis!Share to TwitterShare to FacebookShare to Pinterest