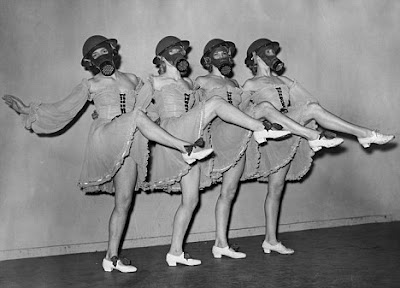 The cats have inherited the city. Hundreds, thousands, all day they’ve been with us but just now and they’ve gone.
Warned long before the final trumpet of the old air-raid sirens the great and the not so good had already closed up their houses in Mayfair and Belgravia and decamped to the Grosvenor Hotel. They had remembered that longer war when luxuries such as lobsters and oysters had escaped rationing; when caviar had required no coupon. The grand hotels already built like fortresses the ballrooms and bars below ground had been so sound-proofed that in the Grosvenor a man had to be sent to announce the all-clear. Expecting some repeat and the occasional broken window I can only imagine what they must have made of the tomb that had been made by the single mushroom bomb that had fallen in Chelsea. Trapped like rats, Mme. Roux had opined that their very fine educations would have stood them in good stead. The weak had doubtless fed upon the strong. I can see them now from our perch, the strong that had at last emerged perhaps chortling and jolly, strong from their blue blood pudding.
Tower Bridge had still been standing. We had crossed the top and from there seen the stumps of London and Hungerford, both weakened and crumbled in the years now gone to leave pillars from shore to shore. London is very green now. The roads cracked and covered by weeds and grasses in a bed of fallen, broken glass. We heard a building collapse coming here but saw it only by the snowstorm of birds that had blown out of Catherine Street as we passed by Strand station. We sheltered in the empty skull of a tobacconists. Not for a minute did Mme. Roux or Cecil suggest we go below; the tube would be a mortuary of tangled bones and whatever it was that had grown to like it there. The image of the neat line of pipes in that shop eerily untouched by shockwave, time and nature bothered still me for some reason.
I am still mystified as to why we came to London at all. No one I’ve met since the little war ever went to the cities. They had become savage places briefly before the old, eager plagues settled there with the inhabitants. It had become a habit and of course the capital having taken one for the team had been a hot spot where it mattered for long enough that perhaps by some unconscious folklore no one I’d met had ventured there long since the rain and time had put all that aside.
We’re on the roof of the Windmill Theatre. Below I can see what Mme. Roux tells me are the Chelsea Hunt. Given the crater there now it carries a number of meanings. The survivors of the great hotels, gas-masked and dusty in hunting pink and bowlers, prowling with knives and sabres, the mask’s respirator tubes are cut and perished. I don’t care to think what they hide.
I say, “Why have we come to this ghastly place?”
The former-Captain Cecil gives me a smile he’s hired by the minute; he was short changed.

Posted by Alan at Saturday, September 08, 2012
Email ThisBlogThis!Share to TwitterShare to FacebookShare to Pinterest