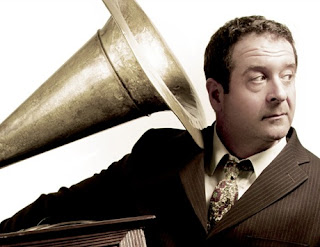 “I’ve had a bit of a shock,” I said earlier today. Followed by, “Who are you?”
I could hear by the creaking of boards that Mme. Roux had appeared in the room we’ve decided it’s best to put aside for her. Entering and speaking I found not she, but quite another - though outwardly at least of much the same breed.
“Georgina,” she informed me.
“You’re not Mme. Roux?”
“No,” she was very definite on that. Mme Roux, she went on to explain, was a clown. A lazy, fickle woman who depending on circumstance and story pretty much took on whatever role was offered. Indeed she very much suspected that was rather the point. “Whilst I am not prepared to be some arty New Worlds strumpet.” Nor was she. Recalling her then I asked if she had not retired? She’d been a character I’d been involved with for some seven years now, and now a little unexpectedly looked set to be so again. And she had no intention of changing, however ironically. “So why have you had a shock?” this perhaps to ameliorate her outburst.
“Mark Thomas is playing soon,” and more so, “Here. In the local hall.”
“And he is?”
Well if there was he, Mark Steele and Stewart Lee then there’d be quite the perfect comedy evening. Mark Thomas, libertarian-anarchist and jolly funny with it. Most recently for me on the radio, and I adore good radio comedy. That was the People’s Manifesto. Whereby the audience presented offerings for a political manifesto that would stand, and did, in the elections. Such things as – and I quote (albeit) badly:
That Windsor be renamed Lower Slough
That spoons should be demonised in order to reduce knife crime.
That children given silly names by their parents should on reaching a certain age be able to return the favour
Anyone in favour of banning immigration should sign a register preventing them from holidaying abroad
If it pisses down on a bank holiday, it shall be considered a rollover
And he’s appearing locally. Walking-distance locally, at the Kirkgate. Now if only my better half can get home from work a little early I could be there. With a pint, laughing. Astonishingly.
“Don’t you get a lot of satire round here?”
“The last I heard at that venue,” I explained, “Was I.” With my winning piece for the Campaign For Real Fear flash-fiction, and a goodly portion of my scathing poem Peter Chunt.
“Then go.”
So I might. But I bet it won’t be possible. Bah!
Posted by Alan at Wednesday, June 13, 2012
Email ThisBlogThis!Share to TwitterShare to FacebookShare to Pinterest