By Air to Shangri-La 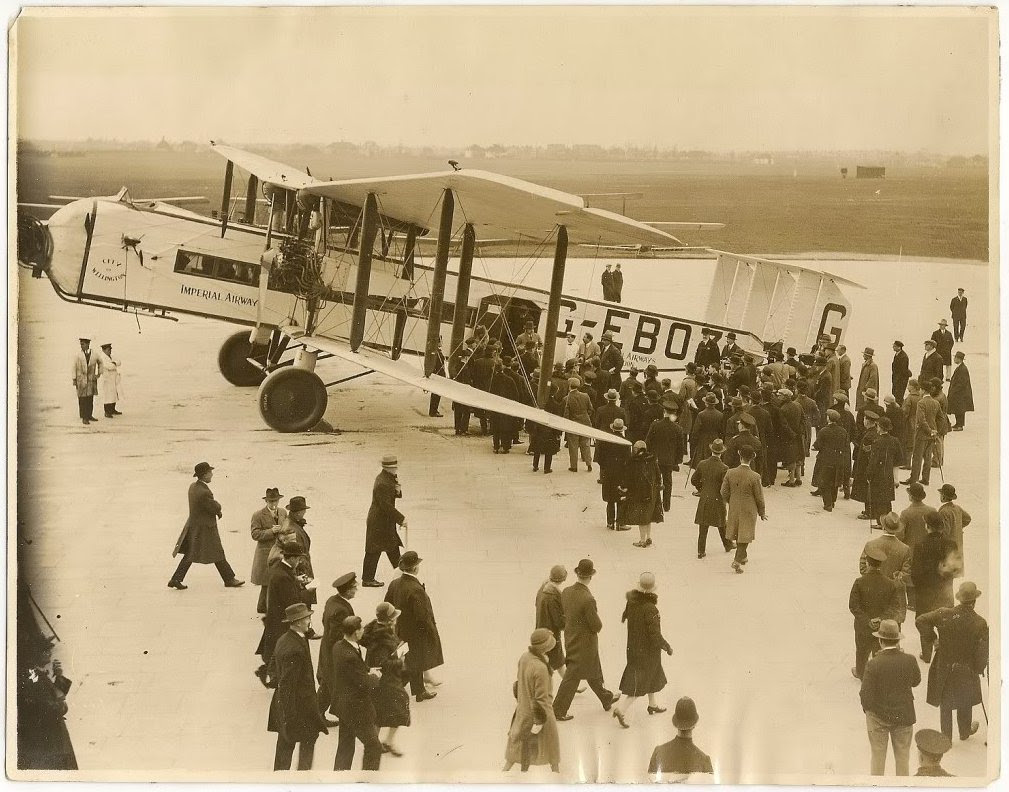 It may well be a place now of giant shops selling giant amounts of things (though not necessarily for giant people) but Purley Way in Croydon once ran alongside the world’s first international airport. You can still see the entrance there, or used to at least – it’s been a while since I lived out that way – a nifty piece of art-deco architecture from when there was a romance to air travel.  Rather than flying in 747s or Air Busses airplanes had proper names like the De Havilliand Dragon (followed closely by the Dragon Rapide, now more commonly found in the French editions of the Monster Manual) and the Armstrong-Whitworth Atlanta. Planes with proper, gutsy names.  Names you could hang a hat off.
Before the likes of Blackbush and Northolt decided they could more than accommodate international travel in the 50s then in the decades before it was Croydon or Croy-nothing. The aerodrome became an airport in the 20s, an airport by the way the way being an airfield where one is required to go through customs.
Now obviously the likes of you wouldn’t have had the distinction of being anywhere near flights to Templehof or Rotterdam, enjoying the vagaries of luxurious travel in cramped armchairs and a fair chance of crashing in the Himalayas and discovering Shangri-La. Back then of course planes were regularly equipped with yeti-guns, and pith helmets were required just for a trip to the loo – of which there was probably none.  Air piracy was not only common but expected as independent zeppelins cruised the skies and science was only allowed in the hands of responsible chaps with pipes, in sheds (or mad scientists, but they weren’t allowed on Imperial Airways).
Personally I avoid such places. I’m of an age to settle down and enjoy life a bit. Air travel for me inevitably leads to dinosaurs and cave people placated only by stout bars of chocolate. And since I’m on a diet I just don’t have the chocolate to deal with ‘em.
I’ve got a pith helmet of course.
Posted by Alan at Tuesday, March 19, 2013
Email ThisBlogThis!Share to TwitterShare to FacebookShare to Pinterest