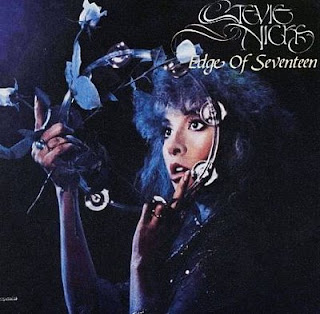 Miss Nicks! Come quick, Arthur Pendragon is turning his back on some pagans the Romans somehow missed.﻿
It’s always a pleasure when someone you know does well, and one of my oldest friends Maurice has certainly done that. Appointed the head of the new Witch Quango, Maurice (as the recently named ‘Witch Hunting Czar’) has promised to reform the deeply entrenched and clearly farcical views we have in Britain today on witchcraft. Already he has despatched a highly trained team of filthy 17C commoners to follow the programmers of some-system-or-other and shout, and point, and for all to hear and see; ‘Witch, witch, witch!’.
His concerns mostly in the home counties of Essex, Suffolk and his own Middlesex already 150 accused have been taken into custody, Giles Coren the first and he already put to death by crushing. Maurice had this to say, when under his newly furnished big black hat he oversaw the execution, ‘We are witness to mass hysteria. Land disputes, grazing rights and entrenched squabbles are being exercised through accusation of witchcraft. The women especially are the victims of spite, petty hatreds, false and vile usurpation of the character – and of worshipping the Devil.’
Abi Williams one of the first to accuse and be subsequently accused was freed after being found to be Winona Ryder, and not 11 at all.
New guidelines being rushed through have even now been leaked. The new witch question planned to be answerable on-line includes such as ‘Regarding Buffy the Vampire Slayer, would you say you were more of a Faith sort of person? Or a bit more Willow’y?’ and ‘Are you now or have you ever sung lead vocals for All About Eve’. Tomorrow a new function is to be added to Facebook whereby Witch Finder Maurice can answer any post with Like, Dislike, and Witch.
Throughout the country colourful women in floaty skirts and stout, sensible shoes having been assured they are extremely safe, worry not, have been left unsure as to whether to protest or not. Maurice when pressed as what defines the guilty refused to be drawn, but has been watching the Blair Witch Project three times daily in between playing REM and drawing out the word ‘Toooonnnyyyy’ towards the window.
If I had to guess then Politicians, despots, ill-advised programmers and Brad Pitt would be well advised to invest in several pairs of fireproof underpants.
Witch!
Posted by Alan at Tuesday, December 13, 2011
Email ThisBlogThis!Share to TwitterShare to FacebookShare to Pinterest