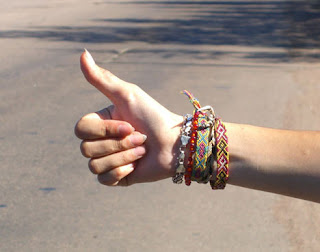 By Cope but once the fog rolls back it can be jolly warm. There was with so much to offer only so much work to be done today. Best of the morning, but the other side of the valley beckoned. It’s nicer over there, whereas here it was mining and so now fells and heath over there even the lost colliery makes for but an interesting, leafy and rather lovingly reclaimed corner of the Shire. What with its la-de-da hedgerows and rolling green fields, sheep and Bag End it was all I could do to keep to but the one ice cream. I tell you, those twelve course third lunches can take it out of you.
But halfway there and running alongside the river is the A66. There’s even (and not far) a lay-by. I was  >this < close to sticking out my thumb. Hitch a ride to pretty much anywhere. Well anywhere south. Though now an older prospect for the road as I’ve earlier noted, once I hitched and pretty much everywhere. Never have I lived anywhere so easy to hitch to and from. A decent road, the main one going across the county, an A road and only ten minutes walk away. We can’t hear or even see it from either Little Mordor (here) or the Shire, as described across the way. Compared to hitching out of London, and well...
...where once it was a good mile up from Richmond to go west. And don’t think I lived anywhere near Richmond, ever. And then most things were west. Once and long ago and in company with a comparable Swede and a lovely but useless baby Goth we lost our tent on the way to Twyford Down. I say we, it was my tent – actually not even my tent, but my girlfriends – and it was the baby Goths simple task to carry, nurture and when necessary feed the tent. He left it in the back of one our lifts. In Fleet Services. It’s always Fleet Services. The weather was not like this. It snowed that night and we in a bender on the cold ground that saw a good dozen people piled together like steaming worms just to see the night out till morning. In this my dear friend the Swede and I were aided by having spent three hours in the pub. To sleep at least.
Next day and I hitched down to Bournemouth where I bought another tent and hitched back with a lift from a pair of joy riders in a very fast Merc. I carefully did not touch much.
It’s looking like summer and the year is sprinting by, and I can’t just hitch away on a whim as I once would have done.
I just wish someone would.
Posted by Alan at Saturday, April 09, 2011
Email ThisBlogThis!Share to TwitterShare to FacebookShare to Pinterest