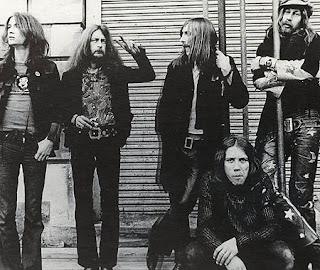 It was the latter half of the 80s and just as I’ve lived in many places, I also lived and for a couple of years here. Here is Bromley, Upper Park Road where the rents there now would turn the milk in your tea if left too close to the monitor but then and it was, of course, a shit hole. Or our flat was. Or rather the company flat, intended so that all the part-timers that worked the weekend had somewhere to stay and where we – we mostly being Lurch and I, stayed longer, and for rent. Working the weekend for £15 a day and with rent of £40 week left less with which to eat that if we had just plain slept in the bins. Indeed we might as well have because at the tender ages of eighteen and twenty-one housekeeping was not top of our agenda. Not that we had an agenda. In one case agendas were probably fascist, for the other agenda meant girls - of which there weren’t enough, though actually we didn’t do too bad.
So poor and hey, ever after the same but here so poor that we didn’t eat. We must have I suppose because we didn’t die but mostly I think because we ate at the weekends and with twenty odd people staying Friday to Sunday there’d be change in a few usual places if we hunted hard enough. The local chip shop gave up double portions. The little corner shop much the same. Thin I was and hungry eyed. So with no money, none – what did we do?
We gamed. We gamed like no one ever had before. For two years we gamed during the week and worked running games at the weekend. There was DTalos, there was Bond and there was an awful lot of Sundown. Because Sundown didn’t even have rules and man, rules were probably fascist in one case, or what posh people ate their cheese in for the other. Sundown was a fanzine thing. A play-yourself-happy affair connived and plotted by Rob and Simon over slightly warm beer and probably between skiffle at the Bacchus. It was then a written work for fanzines. But we weren’t tortured artists in Bromley. We were bloody hungry mostly, and thin. So we played or rather everyone else played – I ran it – and at the weekends we played it some more and there were something like thirty players at one stage. Which was nice as it was hungry work running games, and mine’s a haddock and chips, chicken and mushroom pie, and a savaloy.
We played games and all the time in this flat where putting rubbish out was an effort (also, probably fascist) with other people living with us, or just stopping over for the summer, or bunking off work for a week or so. We bought potatoes, ate the potatoes, went back and cooked up the peelings. We didn’t go to the pub because we had no money and that was for me all in future, and indeed as it happens then the past. We never put the rubbish out and the heating was always on, so we had pets.
And that was us for two years. And being young that would have seemed a bloody long time even had we known. Then Lurch had to move out so that company folk could move in – whom we all therefore hated and believe me this was not a time in our lives where we politely refrained from anything, Politely refraining was after all, probably, fascist. They would hide in their room and argue and outside like tribes sniffing lambs blood we waited. They had as far as we were concerned caused Lurch to leave. So we hated them. And we didn’t play games all the time any more.
Then one day this new pair came out, late at night and doubtless thirsty once we’d cut off the water to their radiator. So we ate them in lumps boiled tender in a bean tin on the cooker, and very nice they were too.
What did they expect? As I’m sure I mentioned, thin we were and so very hungry.
Posted by Alan at Saturday, April 02, 2011
Email ThisBlogThis!Share to TwitterShare to FacebookShare to Pinterest