Harry Potter And The Big Reveal 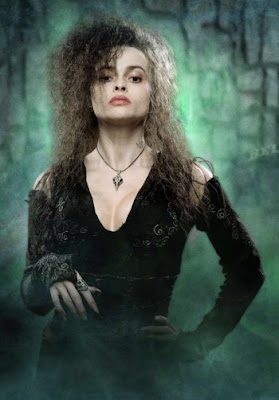 On the other hand, there's always everyone's-favourite-Goth

Now just as we know they’re all kids books, so too have many of us read them. Astonished as we are at our strange determination and somehow wondering why we didn’t give up after the third? When then it would have been a perfectly fine children’s series. Not Alan Garner, nor Susan Cooper, and certainly not Philip Pullman, but for those of us that read as children how could we not, despite the rising hype? And how did we sigh as they got worse, and how we knew really that it was never going to shape up, or that love would be a power and a reason all of its own?
But how could it have been better? And why should I say that it can be? Well, I can try. And in this perhaps there would have been something more. A reveal, a darker twist, something more in keeping with characters then in their late teens, because late-teens aren’t children and don’t really need books to their age.
So just for a moment let us suppose...
...it was all a lie.
The Order of the Phoenix was not just good because it was, but rather it was made up of people who were fighting a guerrilla war. That had to make stark choices, desperate choices. So they took young Harry and made him a trap. They bound into the baby a counterspell, it can be a powerful one, it might have taken all manner of effort.
They couldn’t have stood  up to Voldemort, clearly. Even if all his silly disciples had a bloody tattoo on them, so not so very secret after all. And hidden as the Potter’s were one person had the key to their hidey-hole, as it says, and that person was Wormtail who they knew was betraying them – probably because he was a bit ugly or something. And they made him the whatever-it-was that held the secret to where the Potter’s were hiding because they knew he would tell the enemy. And the enemy came.
James Potter was in on it. He’s always been portrayed frankly as being a wanker, bullying, and superior. But Lilly didn’t know, and doubtless found out so ran to her baby and when Voldermort arrived, died. James too because he might be a complete tool but Lilly was his wife and we can assume he loved her. And so Voldermort because he’s just plain bad, m’kay, clearly had to use a death spell on a baby instead of just punting him through the window.
But baby Harry was a trap, and Voldemort for once was not all powerfully defending himself – no more than a Roman would have his shield up when stabbing a baby. So then and only then the counter spell not only rebounded Voldermort’s curse, but caught him with his defences down, Probably guffawing.
Dumbledore knew of course, so did they all. The baby was taken away, probably so that those amongst the Phoenix who were appalled at what they had done could not then blab it all out when faced with him. Sirius went mad with it. Of course then as Harry grew the old members of the Phoenix were always so nice to him, always saying how brilliant his parents were. But it was a lie, and in fighting evil they had done evil.
Until Harry finds out in the last book. And everything is turned on its head. And he’s a very angry teenager indeed, spitting on Dumbledore’s grave in the process.
So there’s a reveal. And a series of children’s books that by seeing them grow should surely have done so too with the readers, utterly surprising everyone. Who knows what then might have happened, but certainly everyone thinks wow and looks back and notices that everything makes a lot more sense.
Certainly compared to why a rich kid, the school sport champion, hero of all, seemed to have such a hard time at school. Unlike those nerds in Hufflepuff anyway.
That took ten minutes.
Posted by Alan at Tuesday, April 03, 2012
Email ThisBlogThis!Share to TwitterShare to FacebookShare to Pinterest