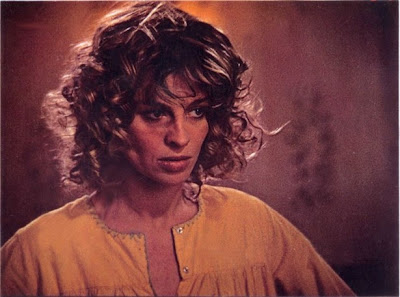 He hated himself even as he did it. A little drunk, the evening light, the grass was wet and the ground about the pond muddy with new grass and old weed. Every time it rained the pond seeped on the side by the garage his father had built. His father had been, like so many of his generation, idly competent with his hands. A salesman for Sutton Seeds his father had still built the garage with bricks unloaded in many journeys from the boot of the old Austin Dorset and mortar mixed with his own father’s spade. Somewhere in the tangles of the garden’s rear between the rusted mower and the wartime barbwire of the field was that spade. That spade and a hundred other tools handed down and added to until Phil (that could wire a plug but couldn’t hang a door) had needed the garage and in a fit, naked, had thrown them into the nettles and the spreading rosemary.
Phil missed his father. His father that had smoked surreptitious cigars in the garage, who had worked on two-stroke engines or tinkered with rusted clocks away from the house, and whose worn collection of Tit Bits Phil had found when the old man had died and the house had passed to him. He had come home, never feeling that in the bedsits of Earl’s Court nor later his little flat behind Liverpool Street. But home was small, and home had been empty, and the village hadn’t had the complications of London. And it certainly hadn’t had the girls.
Phil had been surprised to learn almost fifteen years ago that he was handsome. He had never been that in the village, not hereabouts, not to the local girls. Even Lizzie Standish that he had watched through school and hidden away with, he alone, in the little bathroom in his teens. The little bathroom his father had made from the box room, plumbing and tiling it himself. Phil had seen Lizzie Standish in the post office the very day he had come back. Lucky escape...
In London Phil had enjoyed himself, especially with the foreign girls, the back packers and the travellers passing through. A month had been about his limit before he found himself even when happy, in love he thought once or twice, chatting up another and taking her back to his bedsit, and then his little flat, switching off whoever he had been seeing right up until he had seen them. After a month, and normally less, they had usually tired of him too. The film posters and the hunting up of rare showings. The strange friends, or acquaintances at least. The pubs and the banter, the exchanging of stills, even reels, under the table like they were totting drugs rather than celluloid. There would always come a point when the girl would ask (or worse, laugh) at his obsessions. Scoff at how much he might spend on a rare print of The Valley Of Gwangi, or a signed photograph of Ingrid Pitt. Phil never hid it. Phil was proud of it. And Phil had heard of other prints, special prints. In the pubs and the places where they met, in a fanzine once or twice, talk, conspiratorial rumours of special films. Of Aunt Minerva.
In the garage built by his father Phil kept Julie Christie.
Not Julie Christie, but Laura Baxter. Julie Christie the actress was in London still to his insider knowledge. Laura Baxter had lost her son and her daughter to drowning. In his garage Laura Baxter came grieving from the hospital.
The garage had two padlocks and a very good, very noisy alarm. Phil promised himself this would be the last time.  Inside and the garage was a perfect replica. The lamp was actually that in the film. He changed now, hopping with one foot caught in his trouser leg. He fished in the pockets for a small mirror to check his appearance. He looked close enough with the hair and the moustache, a little like Donald Sutherland, enough to be John Baxter. Enough he knew for Laura in the moment not to notice.
In a recess, in the fourth wall, was the projector. Already threaded that little left of the film. Phil, now John, made sure that everything was it should be. That what was here was what was there. He had the eye for it, the eye of a collector. He washed his hands, leaving them wet. Wet was important; Phil knew his films.
Worried, nervous, guilty, but horny Phil reached for the projector. He paused momentarily but the thought of his wife, of Laura, of Julie Christie was enough to outweigh any shame he felt. The film was rare. It wasn’t a part of the original production, it was that which had been cut out, the bits cut so that the print could intersperse in the original the couple readying themselves for dinner. That arty, cut, cut, cut – and this was the pieces filmed and unseen, between the pieces edited it and shown.
Phil closed his eyes and turned on the projector.  He was going to fuck Laura Baxter, Julie Christie, again. He would open his eyes (he knew just the moment) just as she stepped free from the screen. And when it was over she would be gone. Until the next time, and there would be a next time. It was no different he thought than his father in this garage with his Tit Bits. Technology moved on. Phil could not replace a tile on the roof but he had his own grieving Julie Christie. And she never scorned his love of film. She was his love of film.
Posted by Alan at Saturday, April 14, 2012
Email ThisBlogThis!Share to TwitterShare to FacebookShare to Pinterest