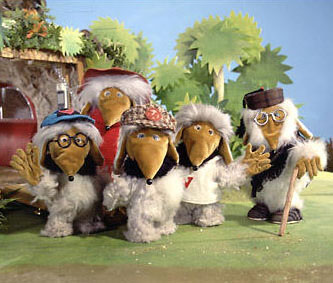 
There’s this place in the woods where the litter goes.
My sprouts young Catnip and Bosswell think I’m a Womble. I’m a habitual litter picker-upper. There’s not that much in Tolly Maw so I don’t have to pick the awful stuff up often but the sight of a plastic bottle or a crisp packet in a hedgerow or lane will see me bend and pluck and put in the next bin. The covered ones you get nowadays so that nothing blows out. Most of the dog owners perhaps seeing me always pick up their dog eggs. But there’re one or two that dart into the bushes whilst I go by since for they will insist of leaving the mess on pavements when I’m not around.
It’s not hard is it? Put it in the bin. It’s one of the things I notice in Big Town round here and heaven help me in the smoke where hunched rows of the stuff sits wet and miserable in every crack and corner. Years ago I was in a car with a fat boy who having filled the floor of his van with crap, and stopped at the lights, opened the door and heaved it all out on the road. That was a sharp, direct sort of conversation which followed.
I don’t really mind when it’s found in bus stops and other congregating places for teenagers. Sat there texting and updating their status about the bus stop they’re in to their sticky friends also in the same bus stop. They don’t even notice the flakes of rubbish that just slough off them when, if ever, they move. It’s the adults that irritate me. Fat boy’s justification for sending a van’s worth of crap across the road was that, and seriously, he was ‘keeping someone in work’. As if by introducing the world to pie wrappers, fag packets and burger papers he was just doing his bit for the economy.
But there’s this place in the woods here where all the litter goes. It’s off the road in its own little dell. Chairs go here to die. Tins and scraps and dead pets pile atop magazines and sweet wrappers. Stig’s very happy, but this isn’t a dump. Yet somehow the rubbish finds its way there and most don’t even know it’s there at all. Most people have magic bins that if you put them out on a Thursday night they’re empty after work on a Friday. Yet still there’s this place in the woods where the litter goes.
My sprouts call me a Womble, but they don’t drop litter. They give it to me. They bring it home to give to me. I’m going to wallpaper their room in newspaper, and everything I do I can hear Bernard Cribbins describe. At 5.55pm each day. Right before the news.
Posted by Alan at Sunday, November 11, 2012
Email ThisBlogThis!Share to TwitterShare to FacebookShare to Pinterest