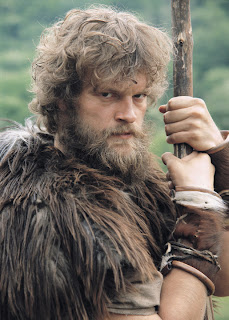 Tolly Maw has a museum I discovered yesterday.
Deserving of a hangover I had not been given I had the day mostly to myself.  When you’ve had kids all the time, forever, it’s difficult to know what to do when for the day you do not. Similarly having for the first time in a long time been able to go out the night before I opened one eye very carefully on the morning so as to sneakily look around in case there was horror and headache awaiting me. I’d only been asleep for four hours, but the first recce showed nothing resembling a quiet, middle-aged course of hiding under the pillow and soft weeping at the loss of my youthful ability to regenerate from the excesses of the night before. I crept to the bathroom for a wee like a burglar. It took a careful appraisement of body, self and soul before I could accept that yes, I’d gotten away with it. So able to go for a walk I did (albeit after a lot of tea and ever ready for the hangover to ambush me). If I left the house after all the horror might not know where I was having expected me to rise later. I left it a note.
The trouble with museums is that if you’ve ever lived in a city then museums elsewhere are always going to be a bit crap. When you take even the obvious big boys, the Natural History, and the Science Museum you can become exhibit blind. Of course there are bloody great dinosaurs and moon landers; that’s what museums have.  The only exception to the urban versus rural in museums is Bovington. So many tanks. So, so many. When you’re used to this sort of thing then coming to the likes of Cumbria was a bit of a shock. There then there are but a handful. In Maryport the Roman museum is the oldest collection in Britain, it being a small room with some carved stone and old coins. Or in Keswick there are two. The first has some stuffed animals and a mummified cat. The second is entirely to do with pencils. No joke, a pencil museum. If anything it rather over eggs the amount that can be said about pencils; which is not a great deal. But Tolly Maw is to Cumbria what Cumbria is to London. Because the Tolly Maw museum is kept in a box.
No scale models here. And what is a museum without scale models, even tatty ones? Indeed, especially tatty ones. I said this and the curator plucked from the box a number of Action Man sten gun magazines. They were indeed scaled down, and also rare – and I was happy at least to find out where all the Action Man sten gun magazines went since they never seemed to linger around their sten guns when I was a boy. Poor Action Man, ever ill-equipped with unloaded sten guns and an SLR without a barrel. I didn’t like to pass judgement on the sorry collection contained in the Tolly Maw museum since the curator is Clive Mantle and Clive Mantle whilst big, and friendly, is also a giant.
“You’re Little John,” I said to him whilst he loaded his blowing-trumpet loaded with dreams.
He wasn’t. He was much more famous for Casualty and Holby City. Neither of which I’d seen. RADA trained, more recently something in Games of Thrones. Which I’ve also never seen. People are often surprised how little fantasy tele and films I watch. They shouldn’t be. He was in Alien 3 too, which meant he was a proper British actor since Alien 3 is the film about where all the villains from every other American film are sent to as punishment for defying people who, despite the title, don’t actually die (hard or otherwise). I like Alien 3 better than the rest of the series. I am alone in this. But still I didn’t remember him in it. It’s been a while. I rarely own films I like since I like the delight of finding out when one of them is on tele. Went The Day Well and Ice Cold In Alex were both on the other day, one after the other. That was a good day. So I said, “So you’re Little John then?”
He sighed and admitted that he was, just without the beard.
In case the sheriff should come by. He was in disguise. Or at least so I had to suppose. I asked if I could dig through the museum but upset Clive Mantle took back the box and returned it to its shelf. It was a very high shelf, which is why Clive Mantle has to be the curator.
When I got home there was a note from my hangover. It pointed out that according to its records I was owed money due to miss-sold PPI. I wondered what it had gone into since I had long since ignored its services.
Now it just plain pisses off everyone.
Posted by Alan at Sunday, March 17, 2013
Email ThisBlogThis!Share to TwitterShare to FacebookShare to Pinterest