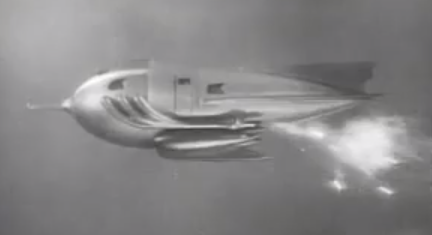 I’m always wary of travelling to the future.
You’ll understand that I’m pretty limited in this sort of thing. The past now, that’s relatively easy. Easy in that I don’t often have the choice about it, but I’ve learned to live with it and even enjoy it now. When you can’t help what happens it’s probably best to just accept it, find something of worth in it. But there are certain limitations and despite having seen the signs that later today there’s going to be a bit of a shudder in whatever-you-want-to-call-everything-just-not-whatever-they-call-it-in-Star-Trek my kids are going too. It’ll be their first, they’re jolly excited, but their presently short lives limit things so we’re going to have to go but a short way into the future. I’m hoping for rocket ships and goldfish bowl helmets. Such will have to be seen going overhead as the whole effect is limited to one lordly manor house over Penrith way.
We have porridge oats, stout boots, and Roald Dahl. I like a bit of high adventure but I’m worried because I’ll spend the whole time telling one or the other of the sprouts to not touch this, put that down, or stop doing things that we then have to make sure on our return happen at all. There’s only time anyway due to the progress of the universe. I tried to explain that to my eldest yesterday evening. She got a bit flummoxed after accepting that dogs can’t see rainbows as I went a bit far with the theme by using colour as an example of what we see only being the manner by which we perceive a fraction of everything else.
I should just stick to fascinating facts.
Which have to carefully selected. After all, there’s not much point in me explaining about where the term martinet comes from, since it’s not a phrase they tend to use. Martinet by the way (whilst referring to arse water that sticks to the rules and his own fragile authority above all else) was the name of a person; Jean Martinet. He established a system of drill and discipline in the 17th century for the French, which despite being enforced by the scourge that there still bears the name has to be put rather in context. Bearing in mind that armies lived off the land, that meant robbing, pillaging, and pretty much being released from much in the way of consequences for anything a soldier did even to the people he was supposedly defending. Things hadn’t improved much since, for example, the Fourth Crusade when in 1209 Constantinople suffered the loutish crusaders putting the Christian state (if they were lucky) to the sword. They melted down anything that looked both bronze, and art, because bronze was incredibly valuable and loot was as ever the upside of having someone just like you sticking a sharp stick in your face. Oh, Martinet also introduced the bayonet to the French army. In 1209 Constantinople was pretty much what happened if people today learned that if you ate books you’d shit out rare edition  iPads.
So Martinet thought it a jolly good idea to at least start stopping the army from ,just plain destroying anything and everybody whilst nowhere near the battlefield, by beating them not to, but also by, y’know, giving them food. Doubtless a rare bastard, but you have to admit he made some sense. His own side killed him by accident at Nuisburg inevitably. Several times it seems. Just to make sure.
And that’s why dogs can’t see rainbows.
Posted by Alan at Friday, February 15, 2013
Email ThisBlogThis!Share to TwitterShare to FacebookShare to Pinterest