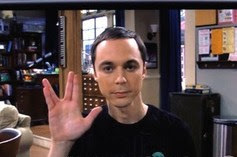 Dr Brian Cox
I was woken up at no-such-o-clock this morning by the police, which is all rather hip and London of me only here in Tolly Maw we don’t have any police. We have a sort of militia or thief taker whose name I’ve yet to learn but who carries a stick, a pump torch and from what I hear thinks Batman comics are porn. And it was not he prowling the night as a bat, but proper police with flashing lights and chase-me sirens. All because of a domestic, and all because of reality television.
I honestly did not know that E4’s reality show The Big Bang Theory was filmed here, and up at the old Observatory in the Irritables. Things turned nasty, and from what little I could make out as a concerned citizen shuffling closer in a dressing gown (with others, to get a look at any blood) it was because Dr Brian Cox had said ‘Bazinga’ to Neil Oliver one too many times.
﻿ 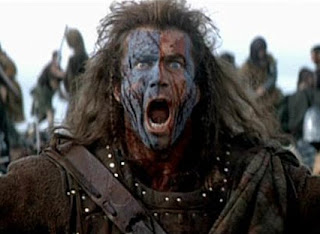 Neil Oliver Off Of Coast
Cox the girl-eyed expert of Magic Things Far Away (and more famously still the former singer with All About Eve in his youth) had just completed his studies into which of them had the most effect on women between the ages of 35-55. Oliver (presenter of Coast, grave robber and fighter for free-eee-eee-dom) on learning it was apparently Cox (famously former singer with The Eurythmics) beat him half wretched with a twelve-inch rubber Lara Croft action figure. Dr Cox (famously former drummer with Lieutenant Pigeon) managed to reveal his joke with his catch phrase ‘Bazinga’, but only through a wealth of broken teeth.
Neil Oliver was cautioned to appear before Tolly Maw assizes on charges of possession of fiery-yet-dead eyes, and bullying.
Housewives across Britain having witnessed live the floppy-haired tussle, tonight ejaculated. ﻿
Posted by Alan at Saturday, June 04, 2011
Email ThisBlogThis!Share to TwitterShare to FacebookShare to Pinterest